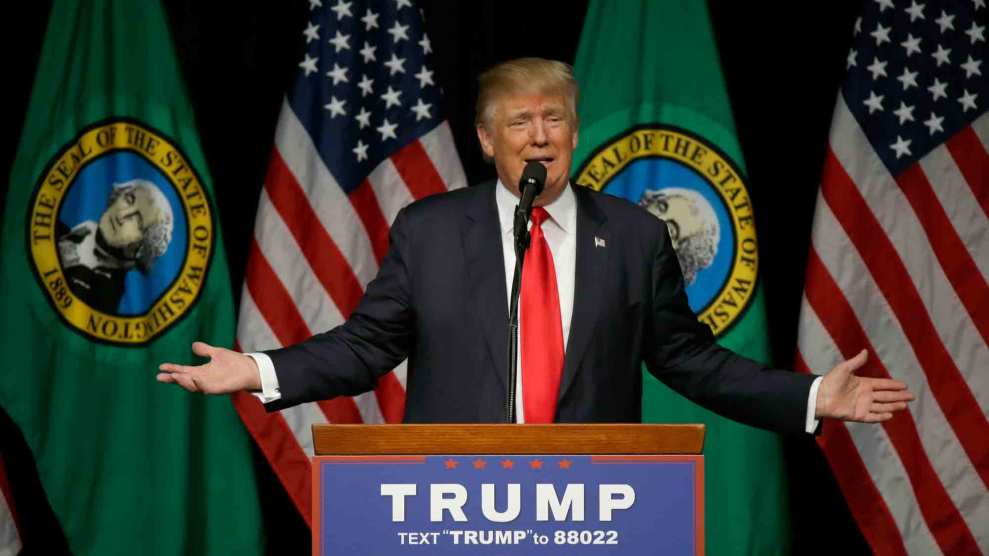 Presumptive Republican presidential nominee Donald Trump released a short list on Wednesday of 11 judges he’d consider appointing to the Supreme Court if elected. Among the contenders: Texas state Supreme Court Justice Don Willett. Willett is a rarity among judges in that he also runs an active—and candid—Twitter account, under the handle @JusticeWillett. And with relative frequency, he’s used his platform to troll Trump himself.

In response to Trump’s comments at a February debate about Justice Samuel Alito “signing” a bill:

I’m 100% certain than in my 10+ years as a Supreme Court Justice, I’ve never once signed a bill. pic.twitter.com/H1o5XVcRLi

Here he is making fun of Trump’s religious outreach:

Trump to “the evangelicals”—

“I’ll be the best thing that’s ever happened to them.”

Here he is making fun of Trump’s higher-education venture:

Here he is making fun of Trump’s signature public-works plan: 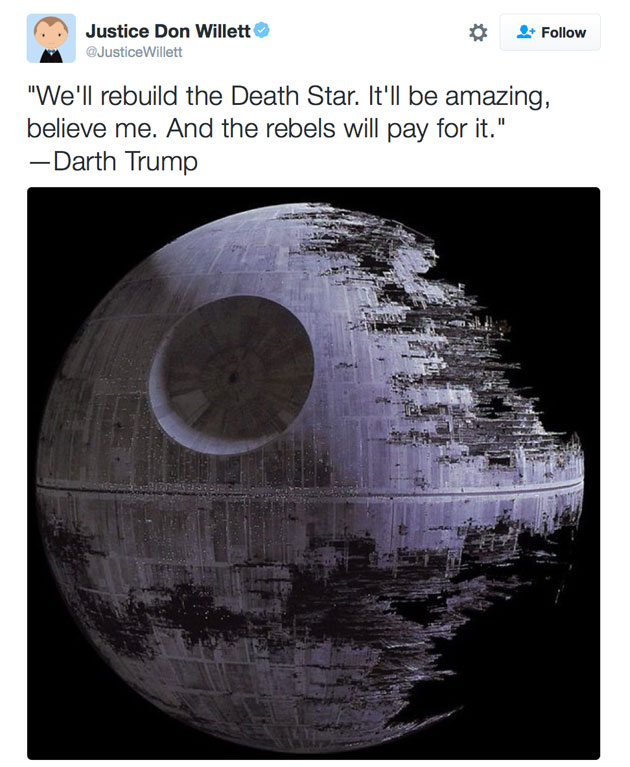 He even joked about Trump’s Supreme Court short list: 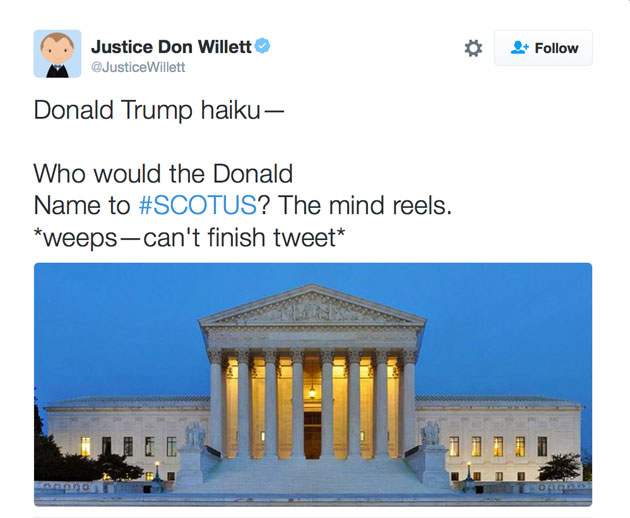 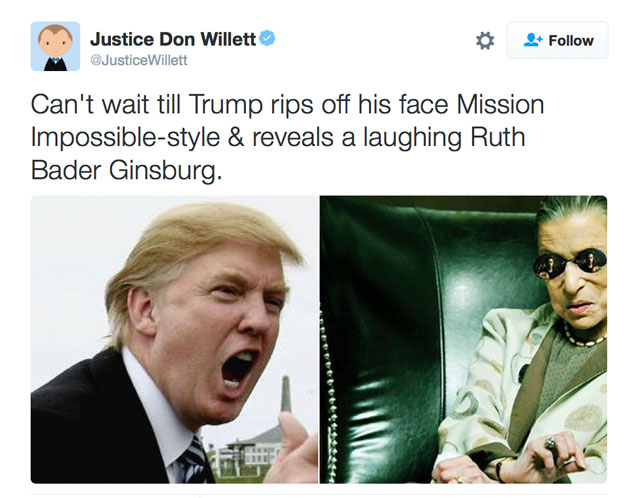