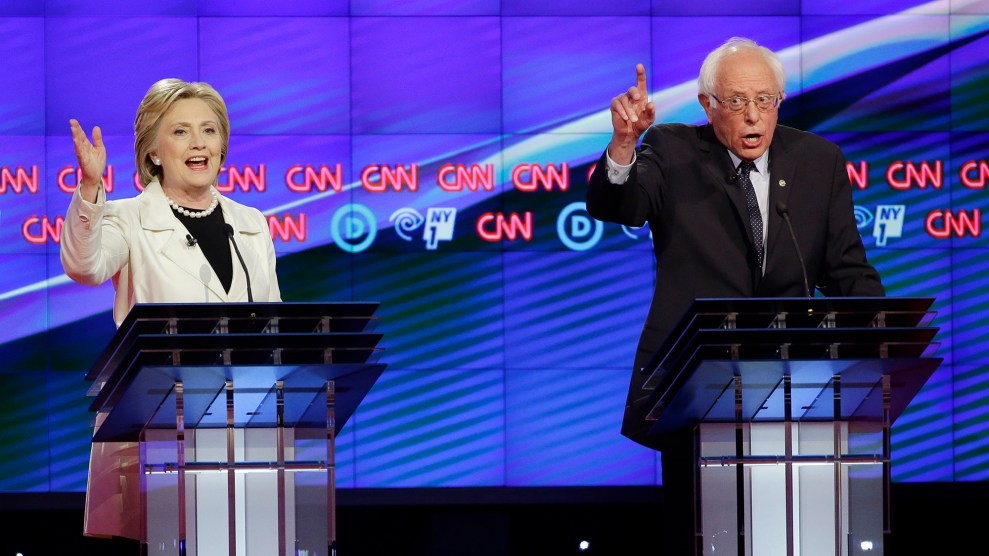 Hillary Clinton pulled off a narrow victory in Kentucky Tuesday night, beating Sanders by just a few thousand votes. Still, the victory ends a rough patch after losses in Indiana and West Virginia earlier this month. By winning Kentucky, the Clinton campaign can make the case that the former secretary of state can appeal to working-class white voters who have been drawn to both Donald Trump and Bernie Sanders.

With 99 percent of precincts reporting, Clinton had won 46.8 percent of the vote to 46.3 percent for Sanders. But the state was too close to call for hours after the polls closed.

Kentucky was once Clinton-friendly territory; Bill Clinton won the state in 1992 and 1996, and the Clintons have strong relationships with Democrats in the state going back to the 1990s. In 2008, Clinton won the Kentucky primary between her and then-Sen. Barack Obama by more than 30 points. But this year, Sanders has been successful at peeling away working-class white voters. And Clinton’s remark at an Ohio town hall back in March promising to “put a lot of coal companies and coal miners out of business” has gotten a lot of play in Kentucky and other states where the declining coal industry has put many out of work. Just last week, Sanders won West Virginia by a wide margin despite the fact that Clinton won that state overwhelmingly in her primary against Obama eight years ago.

Not wanting to see Kentucky go the way of West Virginia, the Clinton campaign worked hard to keep Kentucky in the former secretary’s column. Even though a loss in Kentucky would not likely make a meaningful difference in the delegate math that determines the nominee, Clinton’s campaign did not take anything for granted. According to Politico, Clinton or her husband appeared in 13 campaign events in Kentucky over the past 10 days and the campaign bought additional ads in the final week leading up to the primary.

But there were a few factors working in Clinton’s favor in Kentucky that she did not have in West Virginia. First, the state’s primary is closed, meaning that only registered Democrats can participate—Sanders has tended to win when independents can vote in the primary. The second factor is Clinton’s strong base of support among African Americans. Kentucky has a larger black population—about 8 percent—than West Virginia and the other mostly-white states where Sanders has performed well.