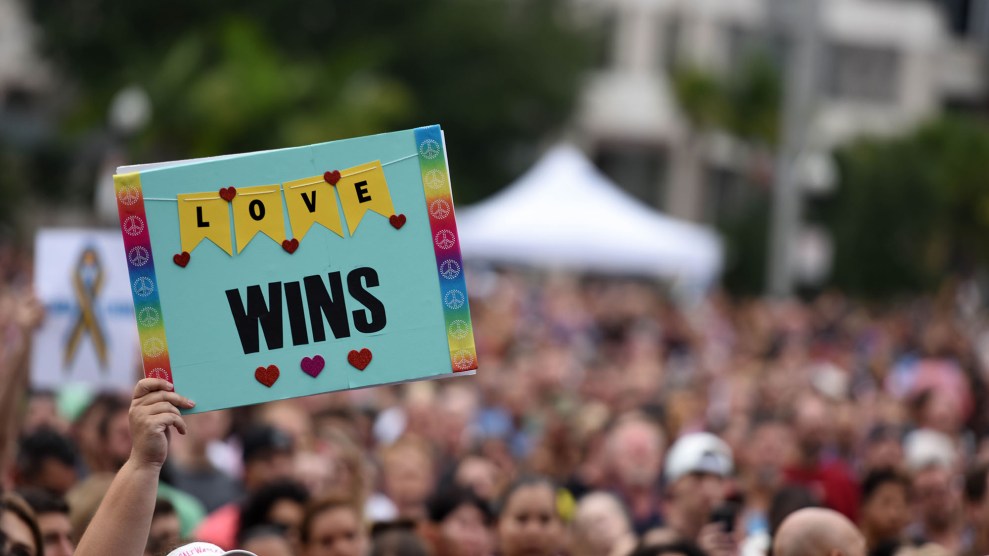 It didn’t take long after the massacre in Orlando for the conversation to turn to gun control, especially considering the shooter allegedly used a weapon of war that he purchased legally just days before his attack on the gay nightclub.

Is the worst mass shooting in history enough to finally move the needle on the gun control conversation? Time will tell. But an interesting perspective on the question comes via the team over at Google Trends, who have been crunching the search giant’s internal numbers on searches related to guns. Take a look how searches—represented on the maps below as ranked search terms within Google—have evolved over the last year, and even in the wake of the Orlando massacre.

Here’s the 2015 average for the search terms “Gun control” and “Gun shop,” with each state colored by whichever term had a higher average search rank:

You can see that “Gun shop” was the higher search term in most states in 2015, but that was starting to change in 2016. Take a look:

But that’s changed in a big way since Orlando, where searches for “Gun control” dominate in every state except Kentucky:

The “gun control” search term might have had a bounce post-Orlando since it’s a natural topic of conversation and one of the major news topics over the last few days and it is unclear whether a massacre of 49 mostly LGBTQ innocent people has inspired the population to take gun control more seriously. But maybe something is changing. Google Trends also looked at the same type of search traffic in the wake of other mass shootings, including after Oregon, Virginia, and Charleston. In those cases, search traffic for “Gun control” spiked only after Oregon: