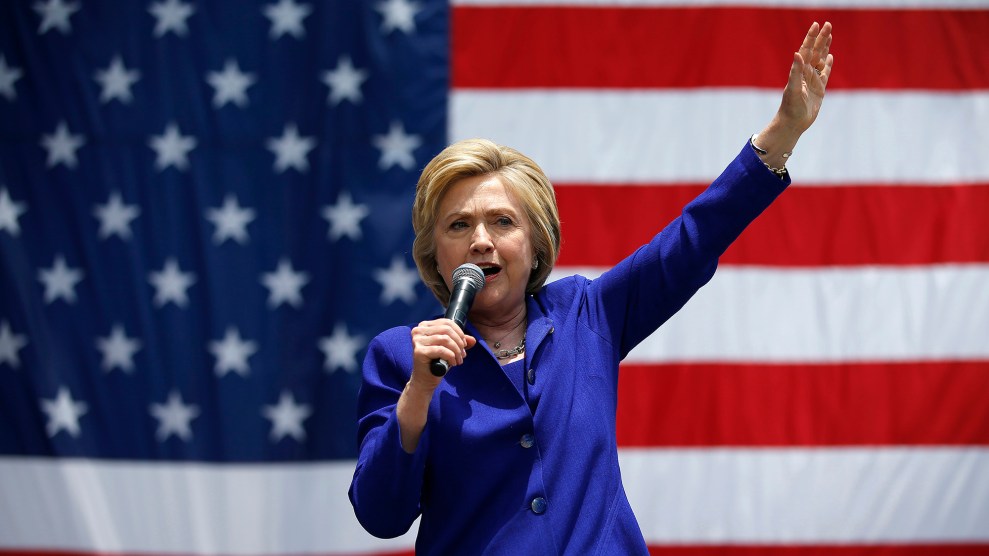 While the outcome of the race for the Democratic presidential nomination hasn’t been in any real doubt for months, after Tuesday Hillary Clinton will officially be able to transition to general-election mode. Clinton will have locked up enough delegates to ensure that she will be the Democratic Party’s presumptive nominee early in the night, even before polls have closed in California.

The California primary has soaked up most of the punditry oxygen in recent weeks. Bernie Sanders has spent the past few weeks campaigning around the state—stopping in on drag brunches, checking out a Warriors game—and recent polls have shown him drawing about even with Clinton. With 546 delegates at stake, California is sending by far the most delegates of any state to the Democratic convention next month.

But California is one of just six states holding Democratic elections Tuesday night, and Clinton should seal her nomination before the California results even come in. There’s no official tally of the candidates’ delegate hauls, and while the Associated Press calculated on Monday night that Clinton had already secured a majority, her lock on the nomination should become readily apparent when New Jersey polls close at 8 p.m. ET. With 142 delegates, New Jersey is no small haul, and Clinton has been crushing Sanders in the polls there. A recent CBS poll has Clinton beating Sanders by 27 percent. (It helps that New Jersey’s primary is limited to registered Democrats; Sanders has performed much better among independents.) Clinton isn’t even bothering to travel out to the West Coast, instead hosting a victory party in New York. Her home state is a fitting venue for a celebration of her entire campaign, not just her performance in the states that vote on Tuesday.

Could Sanders continue his campaign and challenge his way through to the convention? Sure, but he’d have to rely on flights of fancy.

According to delegate tallies from the New York Times, Clinton has 2,360 delegates in her corner headed into Tuesday’s elections, just 23 shy of the number she’ll need at the convention in July. That number includes superdelegates, the party insiders who are technically not bound to any candidate until the convention but have declared their intentions. Sanders’ only hope after Tuesday would be for a large number of superdelegates to switch their allegiance from Clinton to Sanders, after Clinton has won a majority of the popular vote in the primaries and caucuses. It’s an outlandish fantasy, as implausible as Trump deciding to make Sanders his running mate.

If Clinton locks up the nomination Tuesday, it will come exactly eight years to the day after she conceded her last campaign, as Clinton herself noted Monday. And it will be a historic moment, not just for the Democrats but for American presidential politics: Clinton will be the first woman to gain the presidential nomination of a major political party.