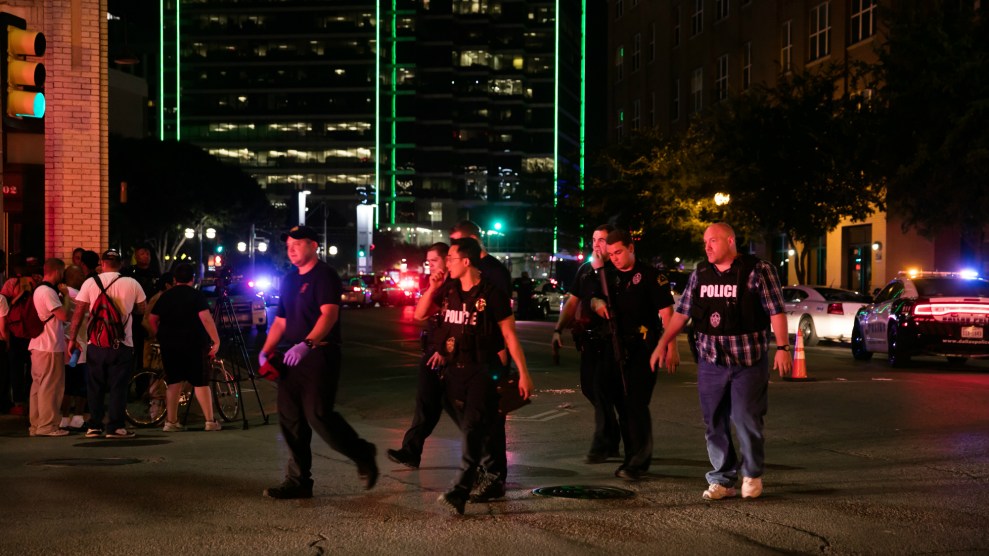 Clinton was scheduled to appear with Vice President Joe Biden at an event in Scranton, Pennsylvania, this morning, and Trump was set to speak in Miami later in the afternoon.

JUST IN: Donald Trump, slated to campaign today in Miami, FL, has cancelled events due to #Dallas pic.twitter.com/qO7igxD5Fx

The Miami Sun Sentinel reports that Trump was “planning to have a meeting with Hispanic community leaders at the iconic Versailles Restaurant in Little Havana” while in Miami. That meeting appears to have been canceled.

In a statement released on Friday, Trump said that “last night’s horrific execution-style shootings of 12 Dallas law enforcement officers – five of whom were killed and seven wounded – is an attack on our country.”

The statement acknowledged the “the senseless, tragic deaths of two people in Louisiana and Minnesota,” a reference to the deaths of Alton Sterling and Philando Castile, two black men who were shot and killed by police officers this week. Their deaths have sparked protests across the country.

Donald Trump statement on #AltonSterling, #PhilandoCastile and the officers killed in Dallas (via FB) pic.twitter.com/nyOz74NmQd

In a tweet, Trump offered his “prayers and condolences to all of the families who are so thoroughly devastated by the horrors we are all watching take place in our country.”

Clinton also took to Twitter to offer her condolences, saying, “I mourn for the officers shot while doing their sacred duty to protect peaceful protesters.”

I mourn for the officers shot while doing their sacred duty to protect peaceful protesters, for their families & all who serve with them. -H

This story has been updated with current figures for the number of officers and civilians wounded.