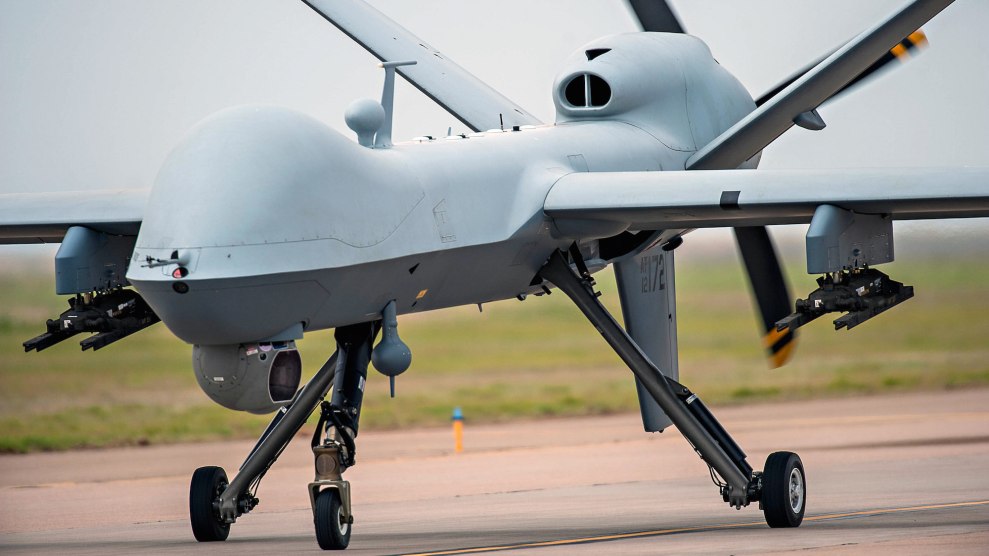 The Obama administration announced on Friday that the United States has killed a much lower number of civilians in drone strikes in Pakistan, Yemen, Libya, and Somalia than have been previously estimated by outside researchers.

A report from the Office of the Director of National Intelligence said airstrikes (overwhelmingly by drones) killed between 64 and 116 civilians in those four countries from 2009 to 2015. The numbers excluded “areas of active hostilities” such as Afghanistan, Iraq, and Syria.

The report is the first time the Obama administration has provided official estimates of the death toll in the secretive drone war. President Barack Obama also issued an executive order on Friday that requires the government to deliver an unclassified report on drone strikes each year that includes the number of combatants and noncombatants killed. The order also instructs the government to ramp up its efforts to avoid civilian casualties and acknowledge them when they do occur. Hina Shamsi, the director of the ACLU’s National Security Project, reacted to the order on Twitter by calling it a “positive step but riddled with caveats [and] weak formulations.”

The official numbers are significantly lower than the totals compiled by journalists and researchers. The Bureau of Investigative Journalism, a London-based investigative news outlet, calculates that the Obama administration has killed at least 325 civilians in drone strikes outside of war zones (and possibly hundreds more). The liberal-leaning New America Foundation counts anywhere from 247 to 294 civilian deaths. In both cases, the minimum numbers are more than double the government’s maximum estimate. Those estimates also exclude strikes in Libya.

The government’s report acknowledged that official numbers would vary from outside estimates. While calling some of the nongovernmental data “credible reporting,” the report argued that the US government is more experienced in assessing strikes, and better informed, thanks to classified information about the strikes that outside sources can’t access. “The U.S. Government uses post-strike methodologies that have been refined and honed over the years and that use information that is generally unavailable to non-governmental organizations,” it noted.