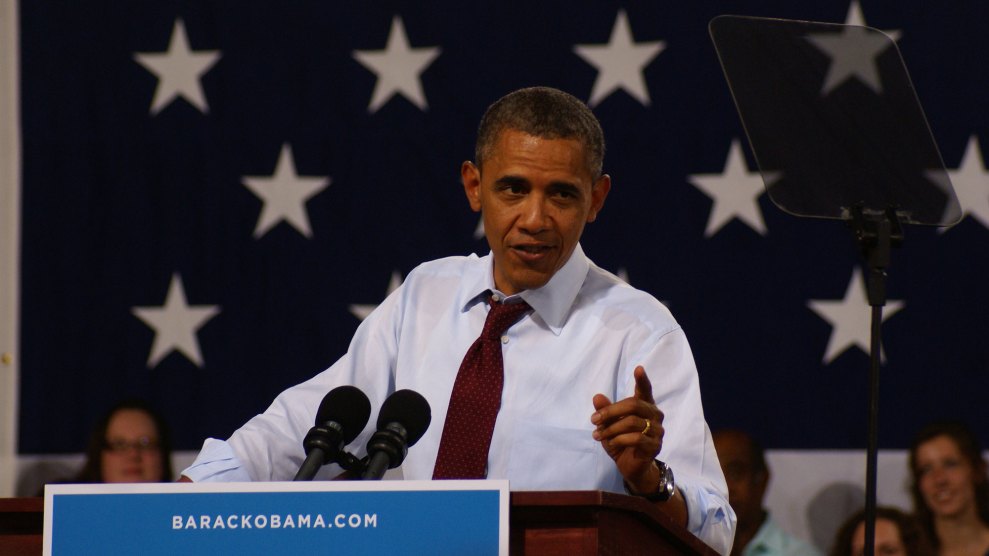 The polls are tightening and the freak-out is beginning. With hours to go before the first presidential debate, FiveThirtyEight‘s polls-plus forecast gives former Secretary of State Hillary Clinton just a 53.4 percent chance of winning the election. It’s the closest the race has been since the elections site unveiled its model in June. The “bedwetting cometh,” tweeted New York Times political reporter Jonathan Martin.

But Democrats have been here before. In 2012, President Barack Obama held a modest but consistent lead over Republican nominee Mitt Romney heading into the first debate, only to uncharacteristically collapse. Within a few days, the lead had evaporated—according to FiveThirtyEight, Obama’s chances went from 86.1 percent to 61.1 percent, the steepest drop of the campaign—and his supporters started to lose it. No one captured this liberal angst better then Andrew Sullivan, then of the Daily Beast, who had championed Obama in 2008 and joyfully called him “the first gay president” in a Newsweek cover story.

Maybe if Romney can turn this whole campaign around in 90 minutes, Obama can now do the same. But I doubt it. A sitting president does not recover from being obliterated on substance, style and likability in the first debate and get much of a chance to come back. He has, at a critical moment, deeply depressed his base and his supporters and independents are flocking to Romney in droves.

I’ve never seen a candidate self-destruct for no external reason this late in a campaign before. Gore was better in his first debate—and he threw a solid lead into the trash that night. Even Bush was better in 2004 than Obama last week. Even Reagan’s meandering mess in 1984 was better—and he had approaching Alzheimer’s to blame.

I’m trying to see a silver lining. But when a president self-immolates on live TV, and his opponent shines with lies and smiles, and a record number of people watch, it’s hard to see how a president and his party recover. I’m not giving up. If the lies and propaganda of the last four years work even after Obama had managed to fight back solidly against them to get a clear and solid lead in critical states, then reality-based government is over in this country again. We’re back to Bush-Cheney, but more extreme. We have to find a way to avoid that. Much, much more than Obama’s vanity is at stake.

A week later, after the vice presidential debate had passed, Sullivan was even further gone. “Obama threw it all back in his supporters’ faces, reacting to their enthusiasm and record donations with a performance so execrable, so lazy, so feckless, and so vain it was almost a dare not to vote for him,” he wrote. And then Obama rebounded at the next two debates and won 332 electoral votes.

The race heading into the first debate tonight is closer than it was heading into the first presidential debate in 2012. If the election were held today, there’s a virtually even chance that Donald Trump would win. But Clinton backers anxiously hitting refresh on FiveThirtyEight and consulting their astrologers would do well to reread Sullivan’s lament. It’s fine to panic, but a 7-point polling swing is nothing a few good debates can’t reverse.