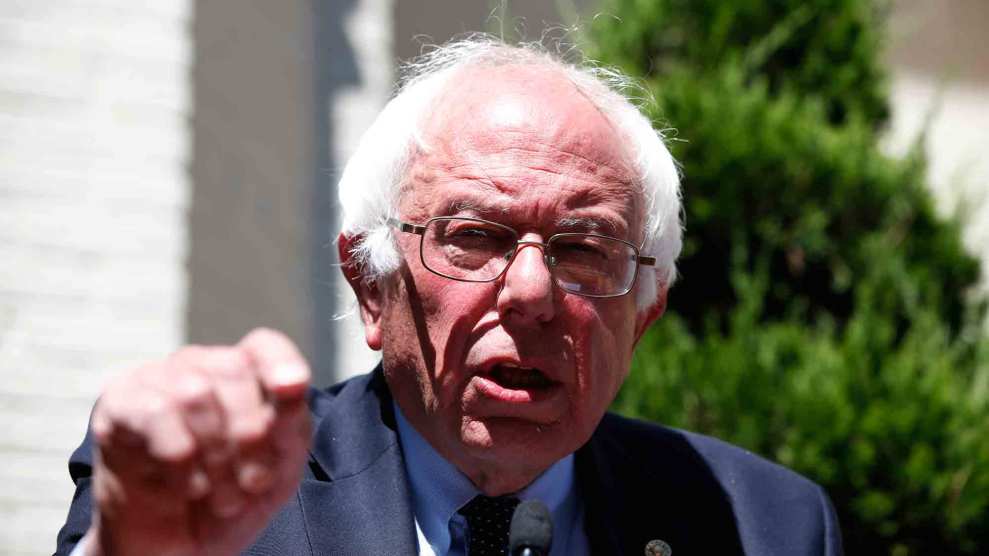 Last night, the Trump campaign put out a statement saying that Donald Trump now believes President Barack Obama is American-born and claiming that it was the Hillary Clinton campaign of 2008 that started all this birther mess. The entire missive was a lie. Trump has yet to personally renounce his birtherism, he has repeatedly indicated he believes the long-form birth certificate the president released in 2011 was fake, and fact-checkers in various news organizations have on multiple occasions noted the Clinton campaign was not behind the racist birther conspiracy theory. Reaction to the statement was varied. On CNN, Don Lemon shockingly said Trump deserved credit for dumping his birtherism. (To be clear, the statement came from a campaign aide and was not in Trump’s own words.) The New York Times did not fall for this bamboozling and headlined its report, “Donald Trump Again Won’t Acknowledge Obama Was Born in U.S.”

One of the most forceful responses came from Sen. Bernie Sanders, whom Clinton defeated in the Democratic primaries. Appearing on CNN on Friday morning, Sanders was asked to comment on this Trump development. The fiery independent let loose:

Well, isn’t that something. My word, after eight years of having President Obama as president, Donald Trump now thinks he’s a legitimate president. Well, I’m just overwhelmed with emotion. Look, this is pathetic. This goes to the root of what Trump’s campaign is about. Let’s be clear. It’s about bigotry. You remember, let’s all remember that a few years ago Donald Trump was the leader of the so-called birther movement. And what the birther movement was about, Chris, was not being critical of Obama. This is a democracy. We can criticize Obama. It was delegitimizing the first African American president in the history of our country. And the reason for that was clear. There are racists in this country who could never accept the fact that we had a black president. And that’s what Trump was trying to do, delegitimize the president, not disagree with him.

So I think this is part of his entire campaign of bigotry. It’s against Muslims. It’s against Mexicans, attacking women’s—women, you know. It’s not acceptable for a candidate for the president of the United States to be arguing whether or not our president was born in this country.

Sanders will be campaigning for Clinton in the coming weeks. If any Sanders supporters are indeed considering voting for Trump, will such strong denunciations possibly persuade them otherwise?