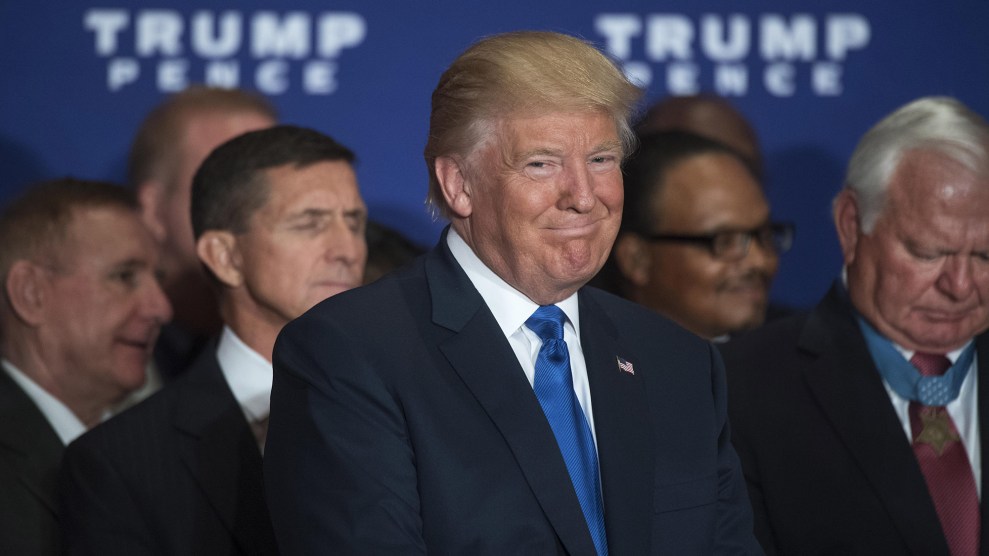 When Donald Trump tried to pin the birther movement on Hillary Clinton during his Friday announcement, the media jumped in to factcheck, pointing out that he was rewriting history. Late Friday afternoon, the Trump campaign sent a press release to reporters in an attempt to back up its claims—but instead it only contradicted the GOP candidate’s entire argument.

Trump’s “evidence” was laughably lackluster. The campaign pointed to a Friday CNN interview with Clinton’s 2008 campaign manager, Patti Solis Doyle, in which she said when a low-level volunteer coordinator with the campaign sent an email advancing the birther conspiracy, the Clinton campaign immediately fired the person. Solis Doyle couldn’t even recall if the person, a volunteer-coordinator, was a paid staffer or a volunteer.

So basically, Clinton fired someone who spread the birther conspiracy, therefore, in Trump’s mind, it’s all Hillary’s fault. Meanwhile, Trump himself spent years claiming the first African-American president was illegitimate and Obama was lying about his place of birth. And once Obama did release his long–form birth certificate in 2011, it still didn’t satisfy Trump. He spent the subsequent years calling it a fake—making vague suggestions that Obama might have even killed elected officials to hide a cover up. “A lot of people don’t agree with that birth certificate,” Trump said in 2012. “A lot of people do not think it’s authentic.”