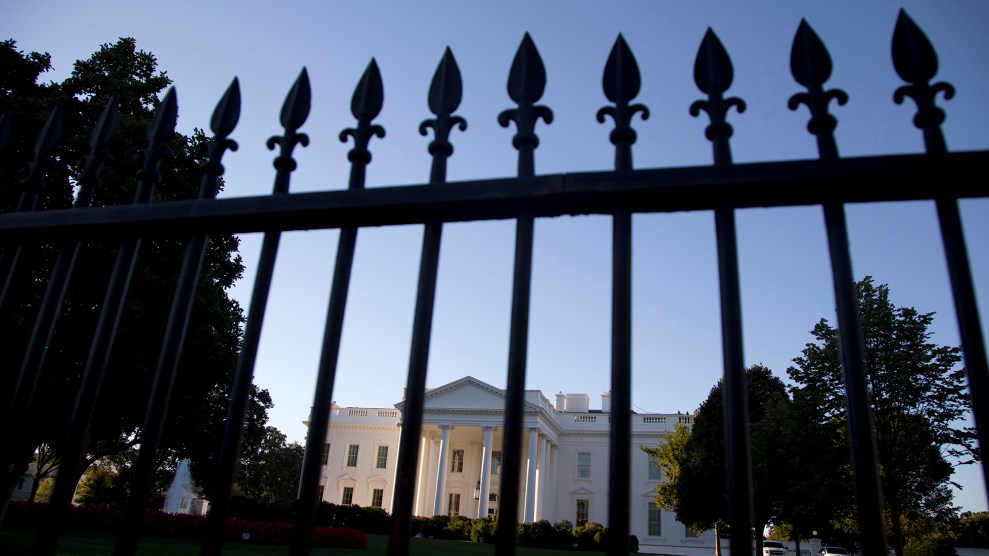 Update (9/15/16): The Supreme Court of Virginia on Thursday blocked an attempt by state Republicans to hold Gov. Terry McAuliffe in contempt for reinstating the voting rights of 13,000 felons.

Jennifer McDaniel got a letter on August 4 that broke her heart. Signed by Edgardo Cortés, the commissioner of the Virginia Department of Elections, it read, “This letter is to inform you that your voter registration has been canceled in compliance with a court order issued by the Supreme Court of Virginia on July 22, 2016.”

McDaniel, who has a years-old felony conviction related to shoplifting, had celebrated in April, when Virginia Gov. Terry McAuliffe issued an executive order restoring civil rights for about 206,000 people with felony convictions (under certain conditions). McDaniel joined nearly 13,000 others and registered to vote as a result of that executive order, but state Republicans successfully challenged the order and persuaded the state Supreme Court to throw it out on the grounds that McAuliffe didn’t have the power to restore civil rights to an entire group of people. Now she is one of nearly 13,000 Virginians whose voter registrations were nullified by the state’s Supreme Court in July. The court ruled McAuliffe would have to approve each case individually.

McAuliffe has since reinstated many of those voter registrations after a state agency offered recommendations to him on each individual case, but state GOP lawmakers are challenging him again. Meanwhile, people like McDaniel and Terry Garrett, another woman who had been convicted of a felony in Virginia, are in the middle of the political crossfire that could mean they would not be able to vote in November.

“It’s been a roller coaster,” Garrett says. “One minute having it, then the next minute losing it. I’m confident [that I’ll be able to vote], but I’m afraid that they’ll find something else so felons can’t have their rights.”

Their roller coaster is not restricted to the state of Virginia. According to the Sentencing Project, a criminal-justice research and advocacy organization, more than 5.8 million people across the country with felony convictions on their records will not be able to vote in November. In 46 states, those with felony convictions are able to get their civil rights restored, including the right to vote, after completing prison or jail time, probation, or the payment of fines, but that takes time. Maine and Vermont allow voting from jail, even for those convicted of felonies. In Virginia,  Iowa, Kentucky, and Florida, voting rights for those with felony convictions can only be restored by the governor. The efforts to provide voting rights for felons is one of several voting rights battles preceding this election, including ones over voter ID and cuts to early voting.

Former US Attorney General Eric Holder says he thinks the rights should be restored as soon as someone is released from prison.

Eric Holder on Felony Disenfranchisement from Project Turnout on Vimeo

But the battle around voting rights is not new to this election cycle, especially in Virginia. The state’s 1870 constitution banned voting by those with felony convictions, Dale Ho, director of the ACLU’s Voting Rights Project, wrote in a July 19 New York Times op-ed. The laws were explicitly designed to depress the African American vote, and he quoted a turn–of-the-century Virginia state senator saying felon disenfranchisement laws would “eliminate the darkey as a political factor in this State in less than five years…[and ensure] the complete supremacy of the white race in the affairs of government.”

In 2000, Virginia passed a law permitting some ex-felons to apply to a court to reinstate their civil rights five years after completing their sentences. (Those with drug offenses had to wait seven years.) In 2013, then-Gov. Bob McDonnell, a Republican, modified state policy to automatically restore voting rights of nonviolent felons who had completed their sentences and met certain other conditions. Three years later, Gov. McAuliffe used executive action to automatically restore voting rights to 206,000 people with felony convictions. State Republicans immediately cried foul, accusing the Democratic governor of abusing his power and restoring the rights of likely Democratic voters only to help his close friend Hillary Clinton’s presidential bid. They appealed to the state Supreme Court, which ruled that the governor didn’t have the power to restore rights to an entire class of people, but only could restore rights to individuals. That decision nullified the nearly 13,000 voter registration applications that followed the governor’s order.

“While no one condones violent felonies, enlightened societies believe that all men and women are capable of redemption.”

A month later, in a two-page memo, the governor’s office explained that the Virginia Secretary of the Commonwealth—the department that handles restoration of civil rights—had led a thorough review of people whose voting rights had been terminated to determine if they met the requirements for rights’ restoration. That agency then forwarded the governor a recommendation on each case, and on August 15 McAuliffe announced he had restored the individual rights of 13,000 people with felony convictions and planned to do the same for about 200,000 others.

State Republicans vowed to take him back to court. “There is no practical difference between his latest action and his first set of executive orders,” Virginia House Speaker William J. Howell (R-Stafford) said in a statement. Days later, Republicans proposed a state constitutional amendment that would strip the governor out of the rights restoration process, and nonviolent felons would have their rights automatically restored once they’d served their sentences, completed probation, and paid all fines and restitution. For many, that process alone could take years. Violent felons would never again have the right to vote in Virginia.

“This cynical proposal unmasks Republican leaders’ true motive, which is to permanently disenfranchise men and women and condemn them to a lifetime as outcasts from our Commonwealth,” McAuliffe said in a statement about the proposed amendment. “While no one condones violent felonies, enlightened societies believe that all men and women are capable of redemption.”

The rates of disenfranchisement have surged since the mid-1970s, according to the Sentencing Project, and has mirrored the rise in the prison population in the United States. Julie Fernandes, a former deputy assistant attorney general for civil rights at the Department of Justice and now an advocacy director with the Open Society Foundations, says the disparate impact of these laws is a feature of the system, not an aberration.

Julie Fernandes on Felony Disenfranchisement from Project Turnout on Vimeo

Debo Adegbile, a civil rights attorney in New York City, says the war on drugs is a key driver for the growth of the prison population because as it “expanded and many more crimes are classified as felonies, it has had a dramatic effect, and a disproportionate effect in minority communities, which receive some of the highest levels of law enforcement and policing for drug crimes.”

Hans von Spakovsky, a senior legal fellow at the Heritage Foundation, is one of conservative Republicans’ most sought-after election experts. He helped lead the charge for “election integrity” by claiming the pervasiveness of voter fraud—an assertion that has been contradicted by facts. He has argued that felons should get the right to vote back but only after they’ve completed their sentences, including probation or supervision, paid at least a portion of any restitution ordered, and waited a sufficient amount of time before applying to a review board or the state’s governor. Some advocates for automatic restoration have good intentions, he allows, but many are in it just for the politics.

Nonetheless, over the last 15 years many states have eased the burden on those with felony convictions trying to get their rights back, says Nicole Porter, director of advocacy at the Sentencing Project.

“We’re certainly going in the right direction,” she says, “but more activity is needed, particularly to expand voting rights to people in the community who are on supervision.”

Porter points to a few recent positive developments. In California, a bill that would allow those in jail with felony convictions to vote in state elections awaits the governor’s signature. Alabama’s political leaders modified the law in June to allow up to 100,000 more people with felony convictions to regain their right to vote. In Maryland, the state’s Democratic-led Senate overrode a veto from Republican Gov. Larry Hogan to grant automatic rights restoration for felons upon release from prison. There was progress in Kentucky, when outgoing Gov. Steven Beshear issued an executive order in November 2015 granting about 140,000 nonviolent felons who had completed their sentences the right to vote. But his Republican successor scrapped it one month later.

Whatever happens in the political war—in Virginia and across the country—McDaniel and Garrett and millions of others must live with the consequences. Their efforts to register to vote took years. Both wanted to have a voice in their community and their country because they pay taxes, just like everyone else. For now, both women are registered to vote. Each of them framed the letter informing them that their rights had been restored—again—and look forward to casting a ballot in November.

“I think these guys really feel caught in the middle of this political fight that’s going on, and it’s profoundly unfair,” said Kari Galloway, the executive director of Friends of Guest House, an organization that helps women transition from incarceration and has assisted Garrett and McDaniel. “It’s shameful to keep them as the rubber band in the middle of all of this.”