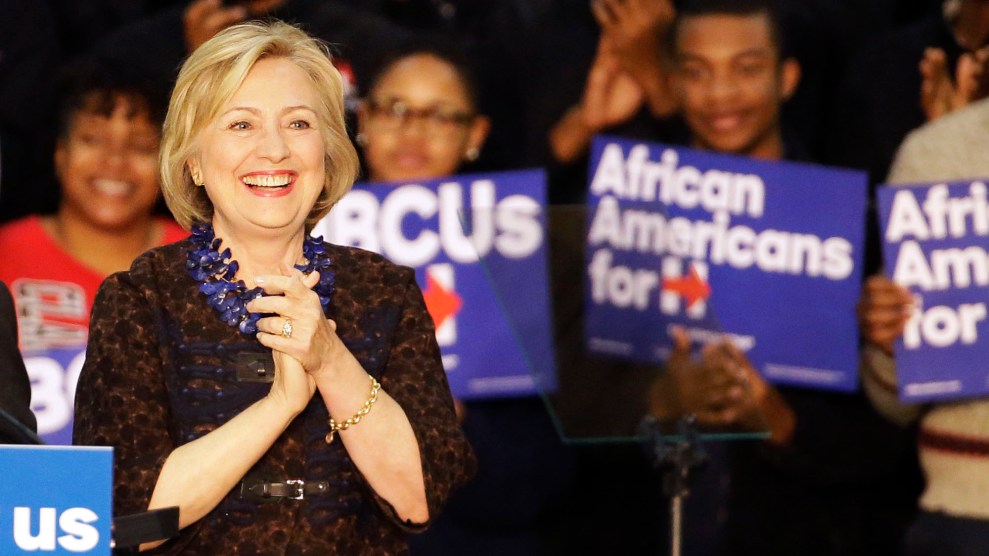 Hillary Clinton and her allies are sensing that the election could turn into a blowout—and they want to make sure the electoral map reflects it, putting resources into states so solidly red that Democrats typically ignore them. First there was Utah, which delivered Mitt Romney his largest margin of victory in 2012, but where the Clinton campaign senses it has a shot. Then came Arizona and even Texas.

Now add another deep-red state to the list: Georgia.

With Donald Trump faltering in the final weeks of the presidential campaign, the Clinton campaign and the powerhouse super-PAC supporting Clinton are looking to win in traditionally Republican strongholds in order to bolster Clinton’s claims to a mandate and demonstrate to Republicans that Trumpism is not a viable path to the White House. On Monday, the Clinton campaign announced a $2 million investment in Arizona (and sent Michelle Obama to campaign there on Thursday night) as well as an ad buy in Texas.

And on Thursday, pro-Clinton super-PAC Priorities USA Action made the latest surprising investment, putting $2 million into ads in Georgia.

It’s a startling turn in a race that just four weeks ago looked like a dead heat. Polling analysts haven’t moved Georgia into toss-up territory yet, but Justin Barasky, communications director for Priorities USA Action, says the super-PAC’s internal polling shows a race that Clinton can win. On Friday morning, the Atlanta Journal-Constitution released a poll showing the race within the margin of error in the Peach State.

The super-PAC chose what it believes is one of its most powerful ads for Georgia. Called “My Daughter Grace,” it features parents whose daughter has spina bifida reacting to footage of Trump mocking a disabled reporter. So far, the ad has run in the Atlanta, Macon, and Savannah media markets. It will run through Election Day.

“I think it’s one of our most powerful ads,” says Barasky. “There was nothing that brought the vitriol and disapproval [more] than a 70-year-old billionaire mocking a disabled person did. So that really does—I don’t know if appeal is even the right word—but it certainly turns off virtually everyone.”