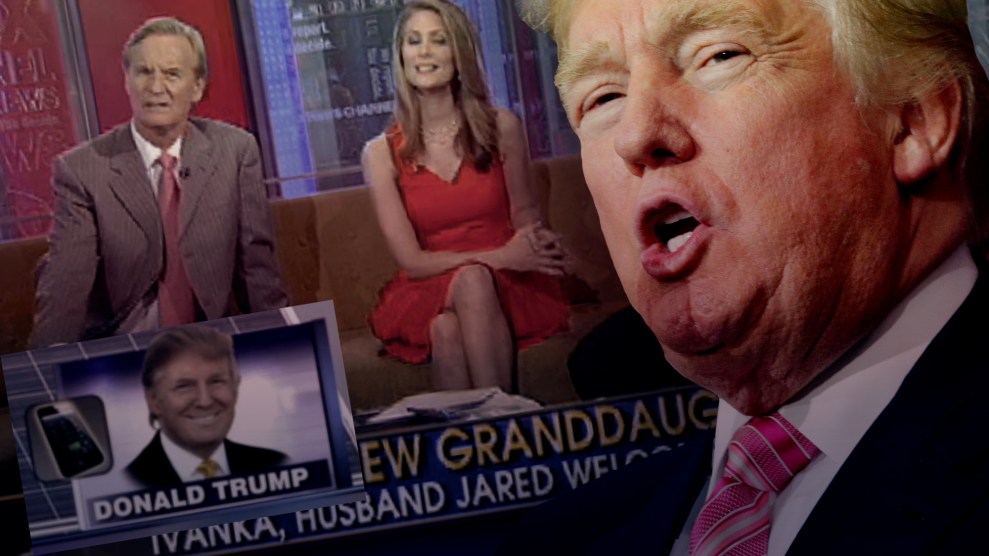 This weekend the New York Times detonated a bombshell by reporting that Donald Trump, using a loophole that benefits wealthy dynastic families, declared nearly a $1 billion loss on his 1995 tax returns—a loss that possibly allowed him to avoid paying any federal taxes for 18 years. (The full impact of this loss is not publicly known because Trump has stubbornly refused to follow the traditional practice for presidential candidates releasing his tax returns.) The Times account included a damning quote from Trump’s former accountant: “Here the guy was building incredible net worth and not paying tax on it.” After the story broke, the Trump campaign released a statement blasting the newspaper, calling Hillary Clinton more crooked than Richard Nixon, and claiming Trump “has paid hundreds of millions of dollars in property taxes, sales and excise taxes, real estate taxes, city taxes, state taxes, employee taxes and federal taxes, along with very substantial charitable contributions.”

Without his tax returns, there is no way to determine if the campaign’s assertion about Trump’s taxes and charitable contributions is true. But in the past, Trump has frequently decried other Americans for not paying taxes.

On July 18, 2011, Trump appeared on Fox News and was asked about President Barack Obama’s comments that well-to-do Americans should make a sacrifice for the country by paying more in taxes. He replied:

Well, I don’t mind sacrificing for the country, to be honest with you. But you know, you do have a problem because half of the people don’t pay any tax. And when he’s talking about that he’s talking about people that aren’t also working, that are not contributing to this society. And it’s a problem. But we have 50 percent. It just hit the 50 percent mark. Fifty percent of the people are paying no tax.

This was a Republican talking point—and a misleading one. It was true that close to 50 percent of Americans did not pay federal income tax, but that was because they did not earn enough money to be hit by this tax. Many of these people were working for low wages, or were seniors or young people not earning wages, and they paid other taxes, including Social Security and property taxes. Yet here was Trump brandishing a favorite club of the GOP—makers versus takers—to denigrate half the nation.

In February 2012, Trump turned to Twitter to grouse about this.

Later that year, Mother Jones reported that Mitt Romney had privately derided 47 percent of Americans as shiftless individuals who could not be bothered to take responsibility for their own lives. Trump hit Fox News to advise Romney not to apologize for the remark. And he again complained that half of Americans do not pay taxes but expect handouts from the government:

In these comments, Trump was slamming people who didn’t pay income taxes for feeling entitled and for essentially screwing those Americans who do.

More recently, Trump reiterated his criticism that 50 percent of Americans are free riders, not contributing to society (presumably by not working and not paying taxes) and expecting to be taken care of by others. In a June 2015 interview with Fox News host Sean Hannity, Trump exclaimed:

Trump is now on the griddle for possibly exploiting a tax loophole that allowed him to amass wealth without paying federal taxes. His accountant told the New York Times that he harbored misgivings about this. Yet Trump boasted at the first presidential debate that if he did pay no taxes, it was a “smart” move.

Perhaps it was a brilliant financial move. But how odious would it be if Trump was castigating low-income, working Americans for not paying federal income taxes while enjoying a billionaire’s lifestyle and stiffing Uncle Sam. There is, of course, only one way for Trump to clear up this matter: release his tax returns. They might indeed show how he was a genius at avoiding taxation—but also a hypocrite.