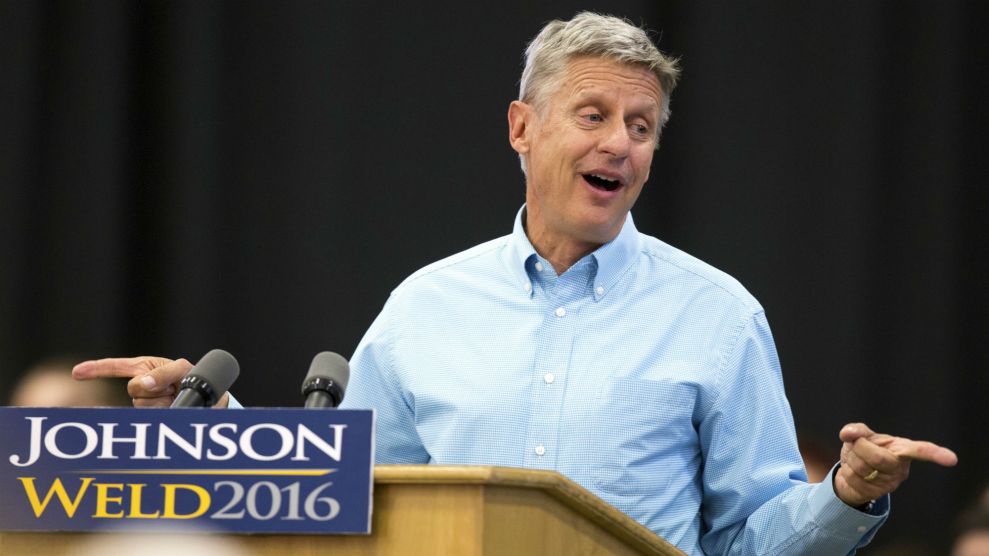 Despite the recent Department of Justice decision to end its use of all private prisons following a damning report regarding their safety, security, and oversight, Libertarian presidential nominee Gary Johnson will consider using these facilities if elected president, he told the Huffington Post.

As governor of New Mexico, Johnson expanded the use of private prisons, citing savings he said were necessary for the state in the wake of a federal consent decree that required space restrictions after prison populations boomed. Because the prison population outgrew state facilities in the 1990s and 2000s, hundreds of inmates were being housed out of state. For Johnson, private prisons were the solution.

“Private prisons stepped in and offered the same goods and services at about two-thirds the cost,” he told the Huffington Post in a recent interview.

The Guadalupe Correctional Facility—a prison run by Wackenhut Corrections Corporation—opened in 1999 under Johnson’s governorship and soon became the site of rampant violence; a riot involving nearly 300 prisoners resulted in the death of a prison guard that same year. Nine months before the riot, five people died in Wackenhut-run facilities in New Mexico, according to the Associated Press.

The Huffington Post also reported that while Johnson was governor, he received $5,000 collectively from Corrections Corporation of America and Wackenbush, although he denied any “quid pro quo” relationship. Soon after the donations were made, he opposed an independent study of private prisons in the wake of the riot at Guadalupe Correctional Facility.

The Department of Justice announcement terminating contracts with private prisons came weeks after Mother Jones published an investigation from reporter Shane Bauer about his time as a guard in a Louisiana private prison run by Corrections Corporation of America. In the months since, the Department of Homeland Security has also announced it will reevaluate its relationships with private prison companies, and CCA and GEO are now facing lawsuits from their shareholders that claim the companies were not transparent about the risks.

Johnson told the Huffington Post that any decisions he would make as president regarding the use of private prisons would be on a case-by-case basis to take cost into account.

“All I have to base my experiences on is having been governor of New Mexico,” he said. “People really appreciate good stewardship of tax dollars…is it a bargain or isn’t it?”