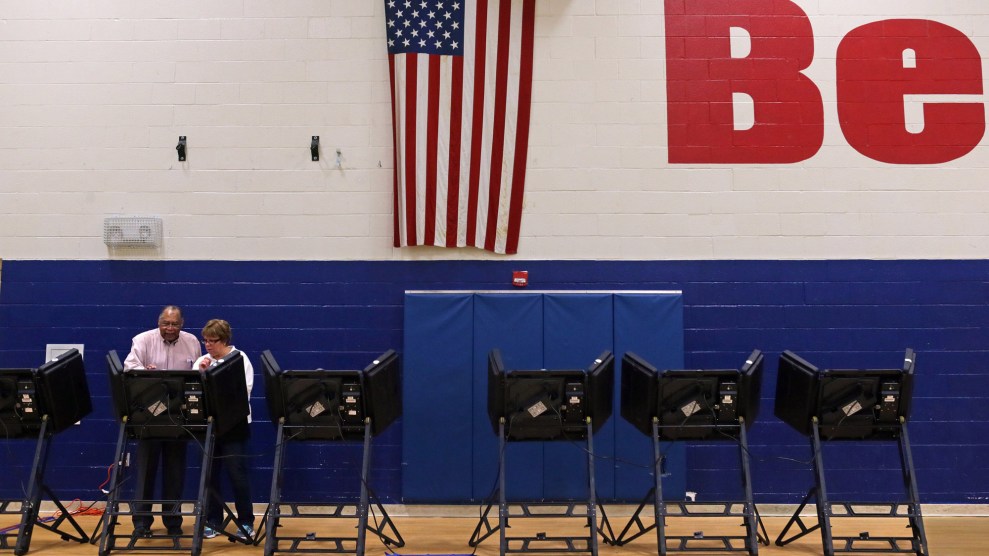 Missouri could become the next state to require voters to bring a government-issued photo ID to cast a ballot.

The referendum on the ballot asks voters to decide whether to amend the state constitution and permit legislators to pass voter ID laws, a decade after the state Supreme Court declared the practice unconstitutional. In the 2006 case, Weinschenk v. Missouri, the court ruled the law “creates a heavy burden on the fundamental right to vote.” If the measure passes, it would go into effect in January, and Missouri would join 31 other states that require some sort of identification to vote. Voter ID laws are part of state-level voting restrictions enacted after the 2013 Shelby County v. Holder decision, in which the Supreme Court gutted a number of key components of the 1965 Voting Rights Act.

But Missouri Republicans sought voter ID requirements long before this Supreme Court decision, arguing for years that the identification requirement would prevent voter fraud. They’ve been blocked each time, either by a court ruling or veto. When the Missouri Supreme Court struck down the voter ID law in 2006, between 169,000 and 240,000 Missourians lacked a proper photo ID. In 2014, an estimated 220,000 could have been disenfranchised by a voter ID law, according to Missouri’s secretary of state. Study after study has shown that voter fraud is virtually nonexistent and that voter ID laws disproportionately affect poor and minority voters.

Currently, voters without an ID can sign a document at the polls to attest to their identity and provide some form of acceptable identification, such as a bank statement. This was a result of a compromise crafted earlier this year, when Missouri Senate Republicans worked with Democrats on a measure that would require voters to present some form of identification before casting a ballot. Voters who lacked a photo ID are still permitted to vote, as long as they sign an affidavit under penalty of perjury. The state would cover the cost of getting photo IDs and supporting documents.

Democratic Gov. Jay Nixon vetoed the legislation, calling it “an affront to Missourians’ fundamental right to vote” and warning that it would still disproportionately burden seniors, people with disabilities, and others. In a letter to lawmakers, Nixon wrote that the bill “purports to solve a problem that doesn’t exist…Making voting more difficult for qualified voters and disenfranchising certain classes of people is wrong.” In September, the Missouri House of Representatives voted 115 to 41 and overrode Nixon’s veto.

Even as voting rights groups have battled such laws in court over the past year, arguing that they target minority groups, a recent Gallup poll found that 4 in 5 Americans polled favored a photo ID voting requirement.