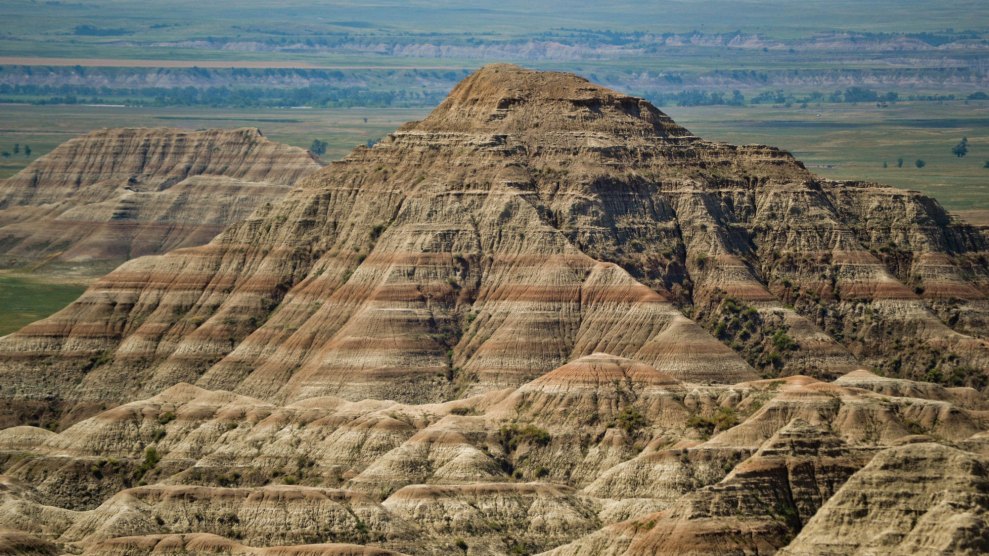 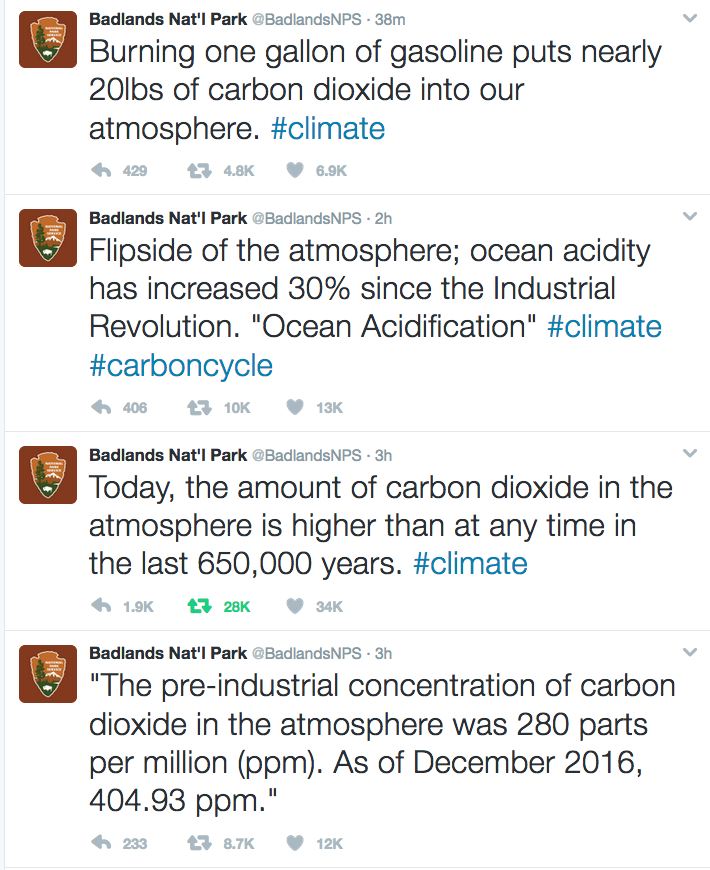 Because President Donald Trump has previously said climate change is a Chinese hoax, and because the administration has, apparently, banned Environmental Protection Agency employees from talking about anything, and because the main National Park Service Twitter account was recently censored by the White House for (gently!) mocking Trump’s small inauguration crowd size, Badlands’ tweetstorm quickly went viral.

But four hours after the first one went out, the four tweets about climate change were deleted.

What happened? It’s unclear. The park didn’t immediately respond to a request for comment. But the deleted tweets are unusual because Badlands tweets about climate change all the time. The park’s hyperactive social-media account, like the digital imprints of a lot of parks and agencies, really wants the world to know what global warming is doing to its patch of South Dakota: 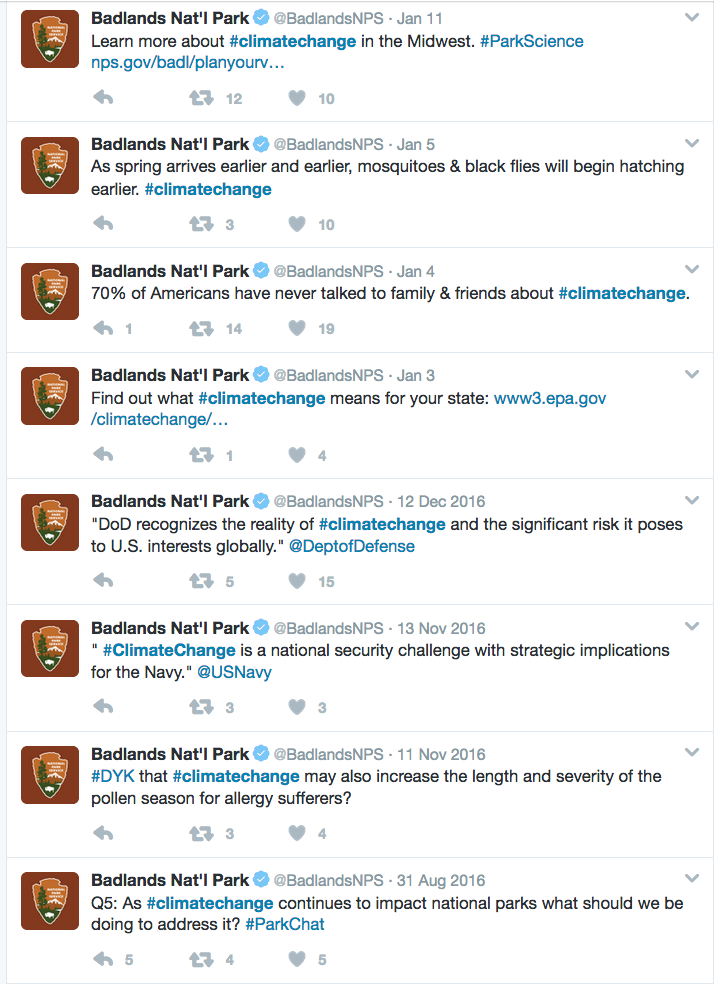 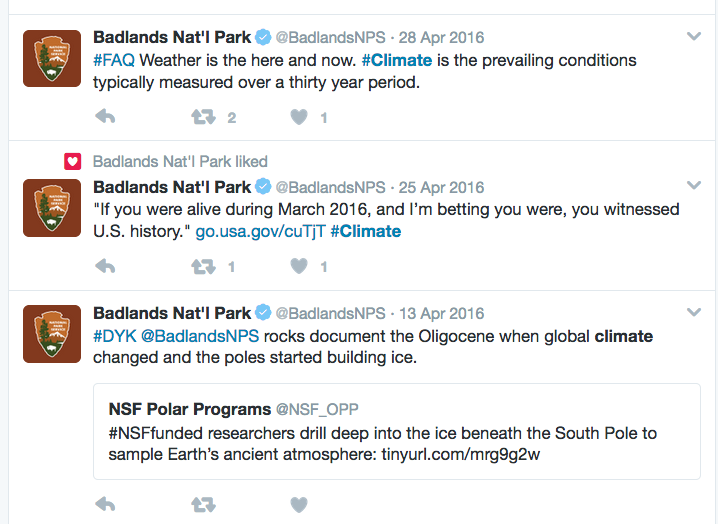 #ThatMondayFeeling Globally amphibians are declining from a chytrid fungus that is driven by #climatechange pic.twitter.com/lFqSyenJaJ

Tweeting about climate change wasn’t out of character. It might not have had anything to do with Trump. But deleting those tweets? That’s kind of unusual.

Update: DNC spokeswoman Adrienne Watson has now weighed in on the missing tweets, emailing reporters, “Vladimir Putin would be proud.”