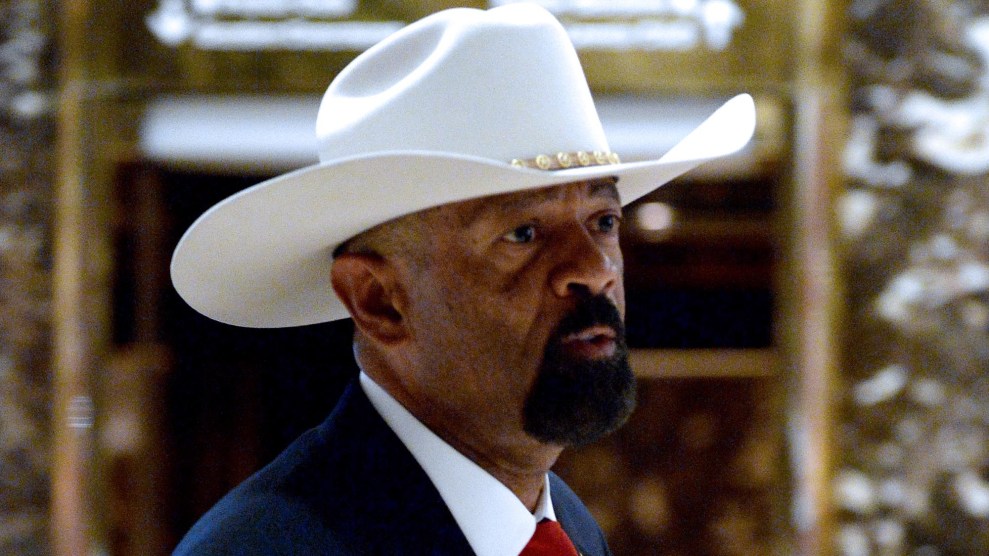 The Trump-supporting sheriff of Milwaukee County, Wisconsin, has an unusual plan to crack down on illegal immigration: He wants to prosecute the mayors of so-called sanctuary cities.

Sheriff David A. Clarke, a conservative darling and immigration hard-liner, delivered the proposal Thursday at the annual Conservative Political Action Conference outside Washington, DC. During a panel titled “When Did World War III Start: Threats at Home?,” Clarke launched into a speech about the alleged dangers posed by cities, counties, and states that limit the ability of local law enforcement to cooperate with federal immigration agents. After claiming that sanctuary cities are filled with immigrants who are violent criminals, Clarke read from a federal statute that says that any person who harbors or conceals undocumented immigrants can be imprisoned for up to 10 years.

“I’m telling you right now folks: You charge one mayor, one governor, one council president…this stuff is going to end right away,” Clarke said to applause.

In the wake of Trump’s executive orders calling for the defunding of sanctuary cities, mayors including Bill de Blasio of New York and Ed Murray of Seattle pledged to protect undocumented immigrants from deportation. In Milwaukee, 20,000 people marched in support of immigrants and refugees following comments Clarke made on Facebook about how he intends to work with Immigration and Customs Enforcement officials to crackdown on undocumented immigrants.