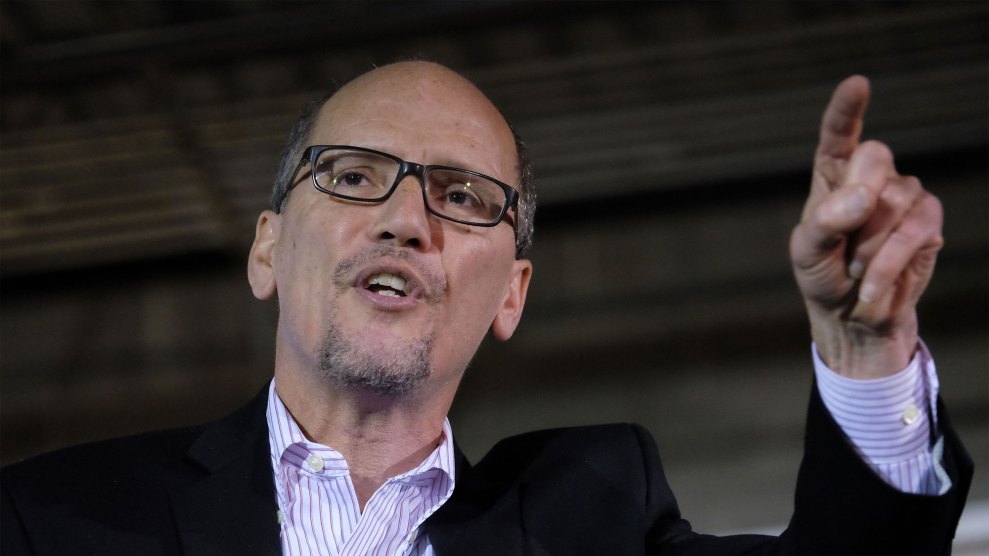 Tom Perez was elected chair of the Democratic National Committee in Atlanta on Saturday. Perez, who ran the Department of Justice’s Civil Rights Division under President Barack Obama and later served as his Secretary of Labor, edged out Keith Ellison, a Muslim congressman from Minneapolis, in the first contested race for party control in decades. After a congested first round of balloting, the other candidates dropped out of the race and the race proceded to a head-to-head second ballot. Perez received 235 votes. Ellison notched 200.

Immediately after his election, Perez asked and received unanimous consent from the assembly of Democrats to name Ellison as the party’s deputy chair.