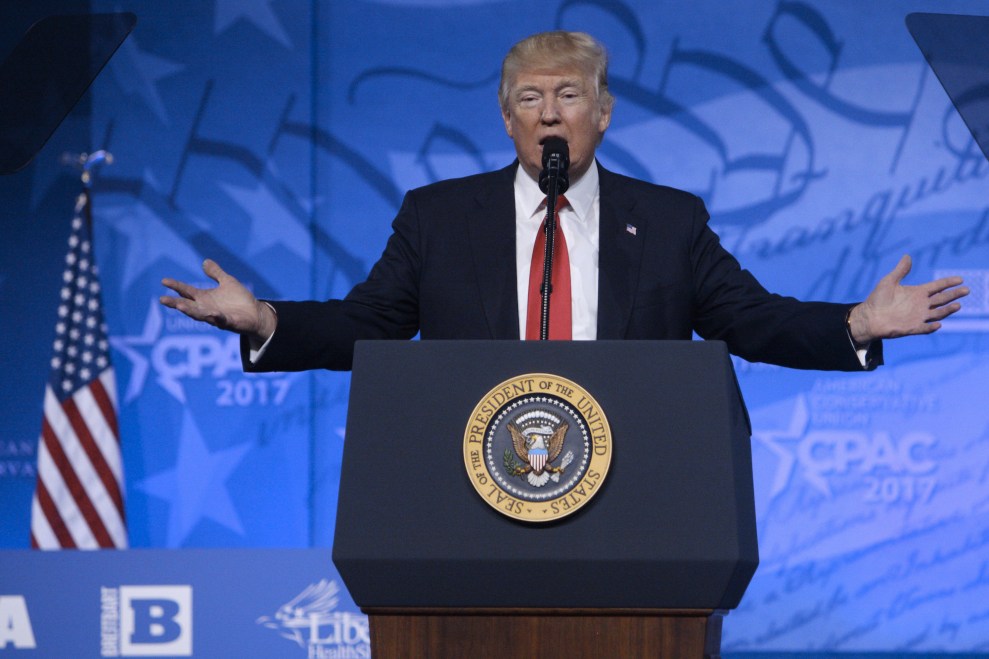 President Donald Trump excoriated the “fake news media”—a category he has previously used to describe such outlets as the New York Times, CNN, and the Washington Post—during a speech at the Conservative Political Action Conference on Friday for reporting stories that portray his increasingly tumultuous administration in a negative light.

“I called the fake news the enemy of the people, and they are,” Trump said. “There are some terrible dishonest people and they do a tremendous disservice to our country.”

He specifically railed against reporters’ use of anonymous sources and demanded that people who leak information to the press instead criticize him to his “face.”

“I’m against the people that make up stories and make up sources,” he said. “They shouldn’t be allowed to use sources unless they use somebody’s name. Let their name be put out there.”

The remarks come just hours after White House officials anonymously refuted a bombshell CNN story, which reported that the White House had asked the FBI to dispute recent evidence that Trump aides had communicated with Russian officials throughout the presidential election. Trump himself has also touted anonymous sources to underscore his conspiracy theory that Barack Obama was born in Kenya.

An ‘extremely credible source’ has called my office and told me that @BarackObama‘s birth certificate is a fraud.

The president reiterated his commitment to building a border wall and repealing Obamacare. He also pledged to continue working to deport the “bad dudes” living in the country and to put “its own citizens first.”

“They’re not coming back in, folks,” he said.