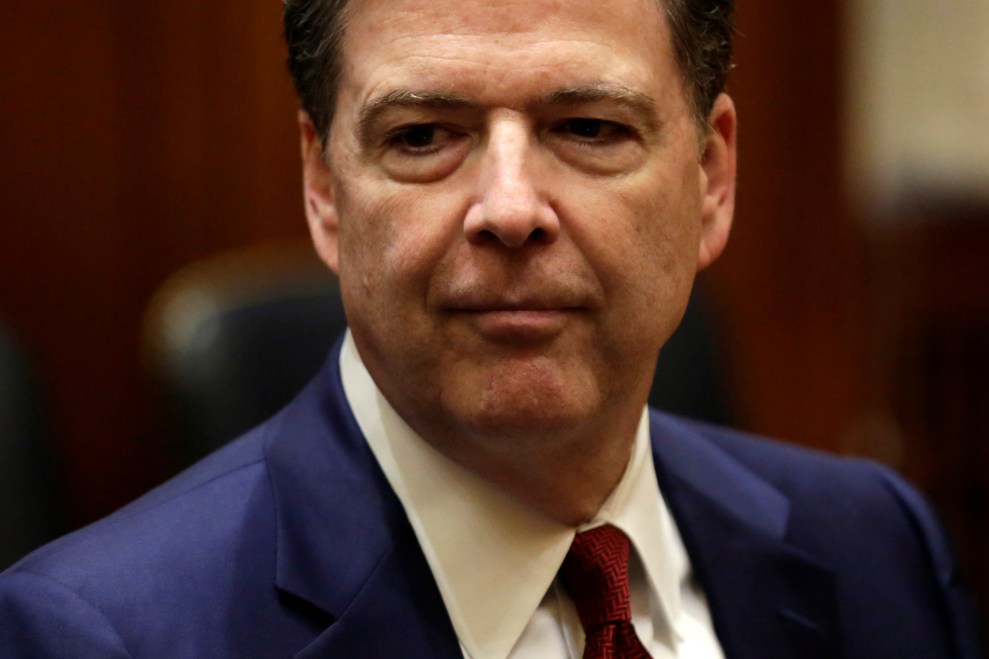 “With respect to the president’s tweets about alleged wiretapping directed at him by the prior administration, I have no information that supports those tweets,” Comey said during a House intelligence committee hearing on Russia’s involvement in the 2016 election. “We have looked carefully inside the FBI.”

Comey’s remarks on Monday are the latest public rejections of Trump’s wiretapping claims from high-ranking officials, many of whom have called on the president to apologize for the accusation. Trump, however, has refused to back down from his claims, despite increasing pressure from lawmakers on both sides of the aisle.

At the hearing, when asked by Rep. Adam Schiff (D-Calif.) whether as part of the Obama administration Comey had engaged in McCarthyism, Comey jokingly responded that he tries “not to engage in any ‘isms’ of any kind, including McCarthyism.”

Moments later, National Security Agency Director Mike Rogers dismissed suggestions by the Trump administration that the Obama administration had asked a British spy agency to conduct surveillance on Trump during the campaign.

“Did you ever request that your counterparts in GCHQ [the British version of the NSA] should wiretap Mr. Trump on behalf of President Obama?”

“No, sir. Nor would I,” responded Rogers.

Schiff then asked if there was any evidence that anyone else in the Obama administration did so.