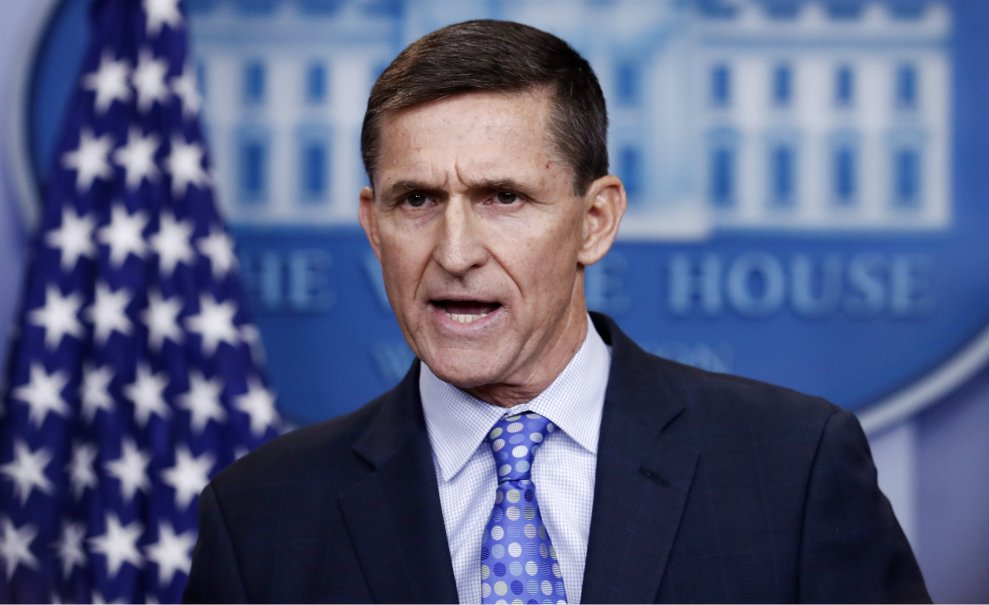 “These documents raise grave questions about why General Flynn concealed the payments he received from foreign sources after he was warned explicitly by the Pentagon,” Cummings, the top Democrat on the House oversight committee, said in a statement. “Our next step is to get the documents we are seeking from the White House so we can complete our investigation. I thank the Department of Defense for providing us with unclassified versions of these documents.” Earlier this week, Cummings blasted the White House for refusing to provide his committee with documents related to whether Flynn disclosed his foreign payments when he reapplied for a security clearance last year.

Prior to working for Trump, Flynn had led the Defense Intelligence Agency under former President Barack Obama. Flynn was pushed out of that job in 2014 and the DIA explicitly told Flynn that he could not to accept any compensation from a foreign state without prior permission from the federal government. Flynn, however, took $45,000 in speaking fees from television network RT (formerly know as Russia today), which U.S. intelligence officials describe as a Russian propaganda outlet.

Flynn claims the DIA was briefed on the payment, but the information released by Cummings shows that the agency cannot find any documentation “referring or relating” to his “receipt of money from a foreign source.” There’s also another relationship that Cumming says is alarming and may not have been properly disclosed: Flynn’s company received $530,000 from a firm owned by a Turkish businessman with close ties to the government. Flynn’s lawyer wrote that the business relationship “could be construed to have principally benefited the republic of Turkey,” and Flynn filed belated paperwork identifying his work as a foreign agent after losing his post in the Trump administration.

During Thursday’s White House briefing, Press Secretary Sean Spicer blamed the Obama administration when he was asked about the thoroughness of Flynn’s vetting by Trump’s transition team. “There’s an issue…that the Department of Defense Inspector General is looking into,” Spicer said. “We welcome that, but all of that clearance was made by the Obama administration and apparently with knowledge of the trip that he took.”

Earlier this week, Cummings and House oversight committee chairman Rep. Jason Chaffetz (R-Utah) held a joint press conference, during which they revealed that Flynn may have broken the law by not disclosing the payment from RT when he reapplied for a security clearance last year.

But Republicans on the oversight committee are furious about Cummings’ decision to make the documents public. “Though we’ve walked hand-in-hand with the Democrats during this investigation, this morning they broke with long-standing protocol and decided to release these documents without consulting us,” a spokeswoman for Chaffetz said on CNN.

Democrats say they’ve been working with the Pentagon to release unclassified versions of the documents to the public. A spokeswoman for Cummings said Republicans on the committee were informed the documents would be released this morning. “I honestly don’t understand why the White House is covering up for Michael Flynn,” Cummings said at a press conference today following the release of the documents. “There is a paper trail that the White House does not want our committee to follow it.”