Forty years ago, when Julia Negron was married to a rock star and addicted to heroin, ODs were so common in her household that she kept a paramedic on call. When someone nodded out, he would dispense emergency injections of naloxone, a drug with a reputation for bringing seemingly lifeless bodies back from the dead. Today, the back of Negron’s black SUV is loaded with the drug as she pulls into a Sarasota, Florida, parking lot and pops the trunk. A trickle of people approach to grab doses of the drug, which may one day revive a friend, a spouse, or a child. 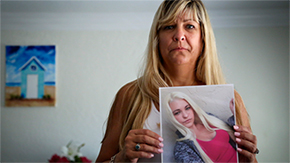 Naloxone, which has been around since 1971, reverses the effects of overdoses from opioids like heroin, OxyContin, and fentanyl. It has saved countless thousands of lives. Between 1996 and 2014, more than 26,000 potentially fatal overdoses were stopped, not by medical professionals, but by users, family members, or strangers who quickly administered a nasal spray or injection of naloxone. Yet it isn’t widely available in many places where the opioid epidemic has hit hardest—like Negron’s backyard.

Negron runs the Suncoast Harm Reduction Project, a scrappy group that’s pushing to make naloxone, also known by the brand name Narcan, more accessible in Florida. The 68-year-old “former injection drug user cleverly disguised as a nice grandma” oversees a team of about 15 volunteers, mostly stylish suburban moms whose children have struggled with drug use. They give away free naloxone and conduct trainings on how to administer it, using Facebook to announce “pop up” distributions. Negron estimates her group has given out more than 500 naloxone kits, though she doesn’t keep track. “I’m like a Johnny Appleseed who doesn’t remember how many trees he’s planted,” she says in a raspy voice. Over the past three years, her giveaway program has saved 25 lives that she knows about—and likely many more.

Negron has given out more than 500 anti-OD kits. “It’s an overdose epidemic! Why isn’t naloxone on every corner?”

Negron lives near Manatee County, which has the highest number of opioid overdoses in Florida. In just three months last year, there were 550 overdoses in the county. The local morgue got so full that it had to transfer bodies to another location. “My life is spent feeling like I’m trying to stop a tornado or stick my finger in a dam,” says Mark Sylvester, a young psychiatrist who was Manatee County’s only addiction doctor until 2015. Sylvester, who also serves as Suncoast’s medical adviser, says he routinely loses three or four patients to overdoses each week.

“And yet I go to a lot of meetings and town halls and it’s like they don’t get it,” says Negron. “It’s an overdose epidemic! Why isn’t naloxone on every corner?” Naloxone is readily available in some places: Billboards throughout Ohio read, “Stop Overdoses. Carry Naloxone.” Baltimore runs a how-to website called DontDie.org. New York state prisons have given out 5,000 kits to inmates and staff members. When San Francisco was hit with a lethal batch of heroin in the fall of 2015, naloxone reversed more than 340 overdoses in four months. But it can be hard to come by in Florida. Only 13 of the state’s 400-plus police departments have officers carrying the drug. Though the state has asked local CVS and Walgreens stores to stock it, many do not. In 2014, there were 644 community programs nationwide that distributed free naloxone, according to the Centers for Disease Control and Prevention. There was only one distributor in Florida: Julia Negron. 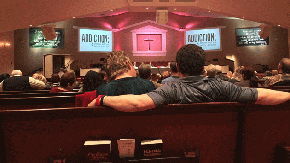 I Went to a Town Hall Meeting in a County Ravaged by Opioids. What I Saw Broke My Heart.

Before Sylvester joined her group, Negron would only say that “naloxone fairies” supplied her pop-up giveaways. That’s because handing out free naloxone if you’re not a doctor is legally tricky. Under federal law, the drug can only be acquired with a prescription. To get around this, Florida and 43 other states let pharmacists sell the drug without a doctor’s order. Making naloxone available over the counter would require a lengthy review by the Food and Drug Administration. It would also require the cooperation of one of the pharmaceutical companies that make the drug, whose price has shot up more than tenfold in a decade. (Two doses cost about $150.)

A major reason naloxone is scarce in the Sunshine State is that not everyone sees it as a miracle drug. Critics say naloxone, like needle exchanges, further fuels the opioid epidemic by enabling users to overdose without consequences. “Naloxone does not truly save lives; it merely extends them until the next overdose,” wrote Maine Gov. Paul LePage last April as he vetoed a bill that would allow pharmacists to dispense the drug.

Negron and Sylvester don’t buy the argument that stopping overdoses enables users. While some people may be saved by naloxone several times before they seek treatment, Sylvester says, “I can’t treat a dead patient.” Negron adds that the stigma surrounding addiction compounds the problem. Though drugs kill more Americans than cars or guns do, there is no equivalent of Mothers Against Drunk Driving for the parents of OD victims. “When your kid dies of an overdose,” she says, “people don’t show up with casseroles.” 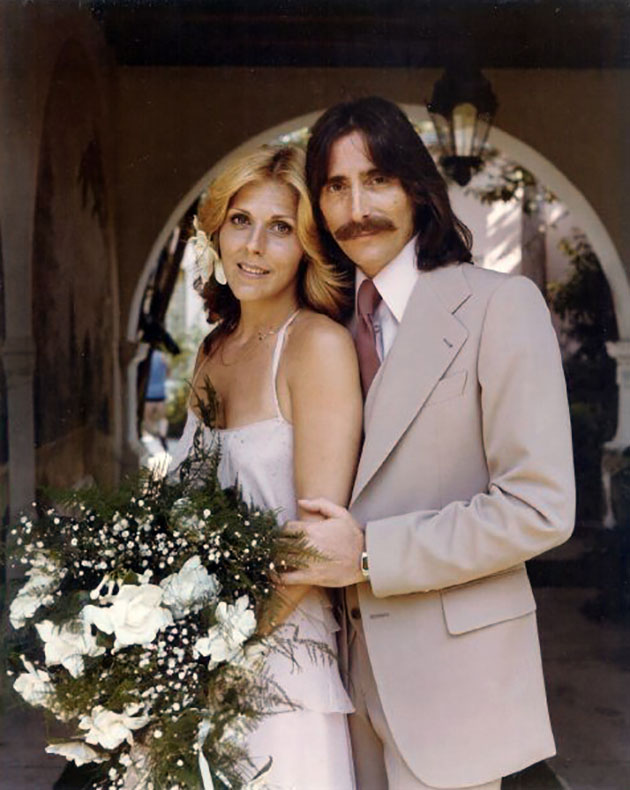 Negron learned about addiction the hard way. At 12, she was put into foster care because of her mother’s barbiturate addiction. She promised herself she would never follow in her mom’s footsteps. But as an 18-year-old in the late ’60s Sunset Strip scene in West Hollywood, California, she started snorting coke and dancing at the Whisky a Go Go. It was there that she met a handsome man with big blue eyes and shaggy hair named John Densmore, the drummer in an up-and-coming band called the Doors. As Jim Morrison and other stars sang “Here Comes the Bride” at her wedding to Densmore, Negron thought to herself, “How could anything possibly go wrong?”

But things went wrong quickly. Negron soon left Densmore and took up with Berry Oakley, the bassist of the Allman Brothers Band. In 1972, while Negron was pregnant with their son, Oakley died in a motorcycle accident. As a single mother in her 20s, Negron started using the drug du jour: heroin.

In 1976, Julia Negron married Three Dog Night singer Chuck Negron, a fellow heroin user. The drug worked its way into the couple’s every waking hour. In the mornings, Julia dosed at a glitzy methadone clinic attended by the Hollywood elite, and in the afternoons she injected or snorted heroin with Chuck. They burned through money, taking out multiple mortgages and selling off furniture. Just before Negron gave birth to her second son, the couple snorted heroin in the delivery room. “We had a great marriage because every drug we got was split 50-50,” she later told People. Negron overdosed twice, waking up in a hospital bed feeling like she’d been run over by a fleet of trucks. 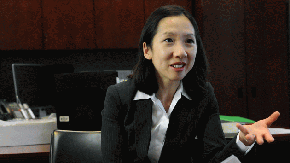 Meanwhile, the people she knew and loved “started dropping like flies.” Morrison died in 1971 from a possible drug overdose, followed by Negron’s mother a year later. “Now that I’m an old broad, I spend a lot of time thinking what it would be like to still have her and be old broads together. We would have worn Golden Girls outfits and hung out,” she says. Quietly, she adds, “That’s gone. No family.” An overdose took her sister in 1984. Her youngest son is in recovery.

Once sober, she split with Chuck and went to school to become a drug counselor. By the mid-2000s, she had become a prominent advocate of “harm reduction,” which emphasizes making illicit drug use safer so users may seek treatment. Three years ago, she moved from Los Angeles to Florida for the low taxes and the weather. Stunned by the lack of drug treatment options, she began the Suncoast Harm Reduction Project. She’s testified in support of opioid-related bills, and she made news last fall when she grilled Sen. Marco Rubio in a town hall meeting about federal funding for opioid treatment and overdose prevention drugs.

For Negron, any concerns about the legality of her operation are trumped by the avoidable overdoses she constantly hears about. “Do you mean to tell me,” she recalls the mother of one overdose victim asking her in disbelief, “that when I heard him making those noises, that if I’d had naloxone, I could have saved him?”