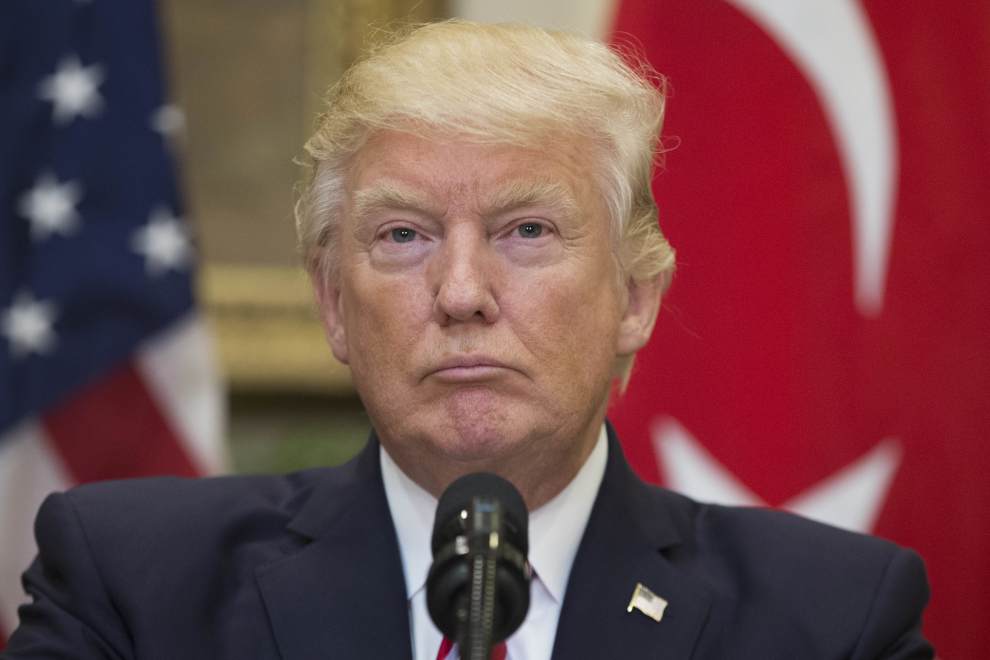 On Tuesday evening, the New York Times reported that President Donald Trump asked former FBI director James Comey during a February meeting to end the federal investigation into Trump’s former national security adviser, Michael Flynn. The White House denied in a statement that Trump had ever asked Comey or “anyone else to end any investigation, including any investigation involving General Flynn.”

Since the latest bombshell hit, lawmakers have come out to question whether the president engaged in obstruction of justice—and one senator raised, for the first time, the prospect of impeachment. Here are some of the responses from members of Congress on Tuesday night:

Could we be moving toward an impeachment process? “Reluctantly, I have to say yes,” Sen. Angus King says https://t.co/digVs7JDAd

Schumer moments ago: “The country is being tested in unprecedented ways. I say to all of my colleagues in the Senate – history is watching.” pic.twitter.com/zVXFzpSI4X

Schiff on NYT report: “This is yet another disturbing allegation that the president engaged in obstructing an investigation.”

.@Sen_JoeManchin: I’m trying to work with Trump but I can’t explain this at all https://t.co/7JP8IOdHUl #TheLead

“This reporting, if confirmed, would represent a grave development. The need for a special counsel and an independent commission to investigate the President’s conduct, as it relates to this issue, and his campaign’s possible coordination with Russia is urgent. The stories of the last week raise serious questions about whether the President respects the independence of the FBI and law enforcement authorities. It is vital that Congress obtain these memos and hear public testimony from former Director Comey. No one, not even the President, is above the law and the American people deserve answers about President Trump’s conduct.” — Sen. Bob Casey (D-Pa.)

Sen. Lindsey Graham (R., S.C.) re: @nytimes report. “If this happened the FBI director should have done something about it or quit.”

.@GOPoversight is going to get the Comey memo, if it exists. I need to see it sooner rather than later. I have my subpoena pen ready.

Blumenthal on Trump: “We are witnessing an obstruction of justice case unfolding in real time.” pic.twitter.com/PMhTaiOT8c

Durbin: “When will a Republican senator step out of the shadows” and call for a special prosecutor on Trump’s “tangled web of deception?” pic.twitter.com/FgNeUTdf3G

If recent allegations are true, they mark the beginning of a new and very sad chapter of scandal and controversy in our country.

Rep. Castro on reports: “If it in fact is true, then yes, that is an impeachable offense” https://t.co/c43kDFj5F5 https://t.co/isdiwQwLW8

Meanwhile, a number of Republicans were quick to unleash a flurry of “no comments”:

.@RepPeteKing won’t commment on NYT report that Trump asked Comey to drop probe of Flynn, says there have been a lot of “misleading reports”

.@FoxNews reporting on the air now that they can’t get a Republican member on the air right now to defend Trump

I just asked @DarrellIssa abt the Comey news and he flicked me off — literally gave me the middle finger — and kept walking. Said nothing

Democrats on the House Oversight and Judiciary committees sent a letter on Tuesday demanding a full investigation into whether Trump and his top officials engaged in an “ongoing conspiracy to obstruct” federal and congressional investigations into his campaign’s ties to Russia.

NEW: Chaffetz letter to FBI asking for all memoranda, notes, summaries, recordings relating to communications btwn Comey/Trump by May 24th pic.twitter.com/HxNzis45Rs

We will continue updating this post as more members of Congress weigh in.