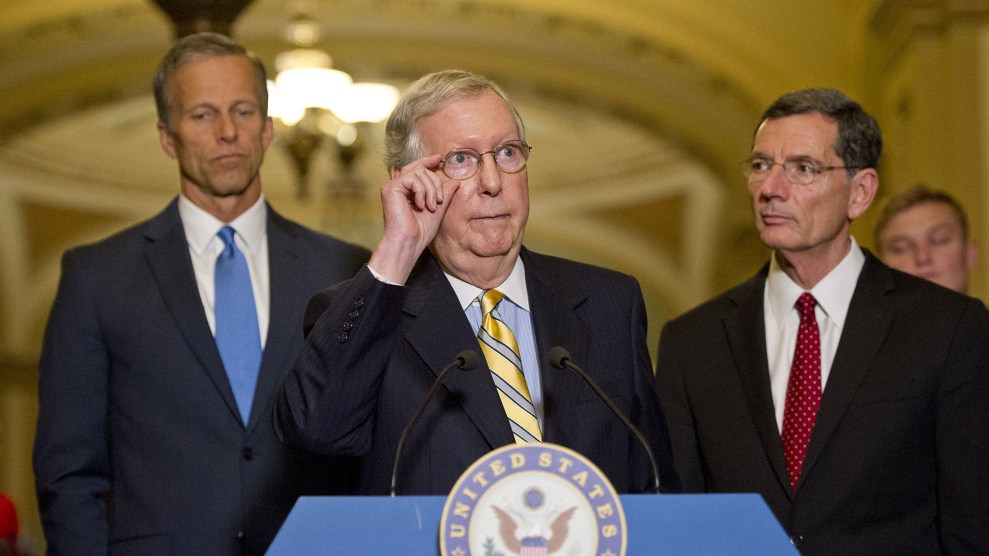 Senate Majority Leader Mitch McConnell (R-Ky.) is readying a vote on a health care bill this afternoon—even though no one is quite sure what bill they’re actually going to be voting on. But according to NBC reporters, McConnell has settled on a new backup plan if his preferred bills fail, known as a “skinny repeal” of the Affordable Care Act. Don’t be fooled by that seemingly benign moniker. While less sweeping than past bills put forward by Republicans, this skinny plan would still cause major problems in the health insurance market.

Since McConnell is rushing this through at the last minute without any public hearings, it’s unclear what exactly would be in the skinny plan, but it would reportedly include a repeal of the Affordable Care Act’s individual and employer mandates and medical device tax.

The Congressional Budget Office has already taken a look at what would happen if the individual mandate is wiped out, and the results aren’t pretty. The CBO expects that by 2026, 15 million more people would lack insurance than under current law. And the people who do still buy insurance through the individual marketplaces would face premiums about 20 percent higher than under current law. (Repealing the employer mandate could change these calculations, although the impact would probably not be as large as with the individual mandate.)

But the CBO does expect that ending the individual mandate could produce savings for the government, primarily from fewer people signing up for Medicaid.