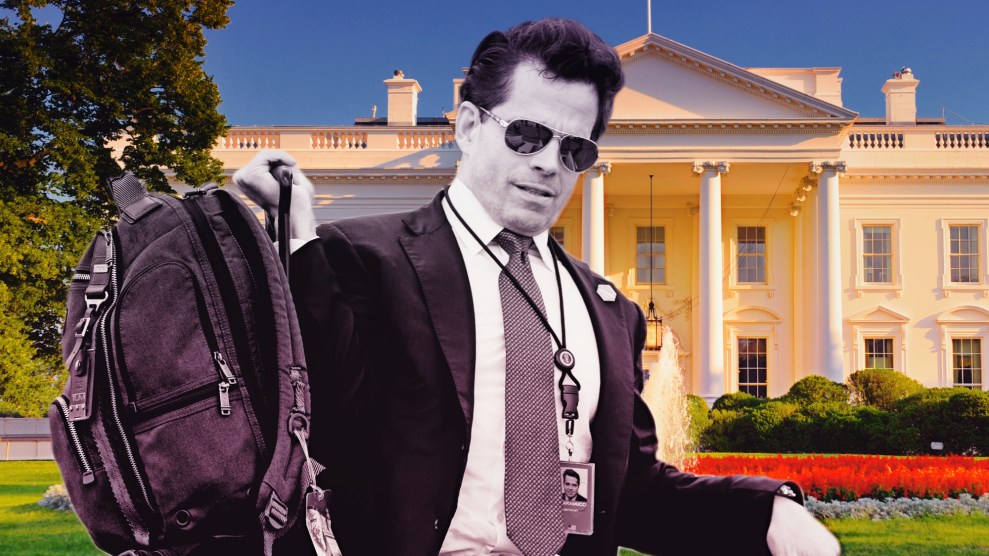 President Donald Trump has removed Anthony Scaramucci as the White House communications director. The New York Times reports the move was recommended by his new chief of staff, John Kelly.

“Anthony Scaramucci will be leaving his role as White House Communications Director,” a statement from the White House on Monday read. “Mr. Scaramucci felt it was best to give Chief of Staff John Kelly a clean slate and the ability to build his own team. We wish him all the best.”

Scaramucci was reportedly escorted from the White House grounds. He will not maintain a role in the administration, press secretary Sarah Huckabee Sanders later confirmed.

The decision caps off an extraordinary 10 days for Scaramucci in the top communications job: His brief tenure directly contributed to Sean Spicer’s decision to step down as press secretary. (Spicer reportedly warned hiring Scaramucci would perpetuate the notion it was “amateur hour” in the White House.) It was also Scaramucci who influenced Trump’s replacement of Reince Preibus, after bitterly feuding with the former chief of staff both publicly and behind the scenes for months.

On Thursday, The New Yorker’s Ryan Lizza published an expletive-laden conversation he had with Scaramucci, in which he attacked Priebus as a “paranoid schizophrenic” and accused senior aide Steve Bannon of trying to “suck” his own “cock.”

Kelly, who previously served as Homeland Security secretary, is regarded as someone who could usher in a new era of discipline to the chaotic White House.