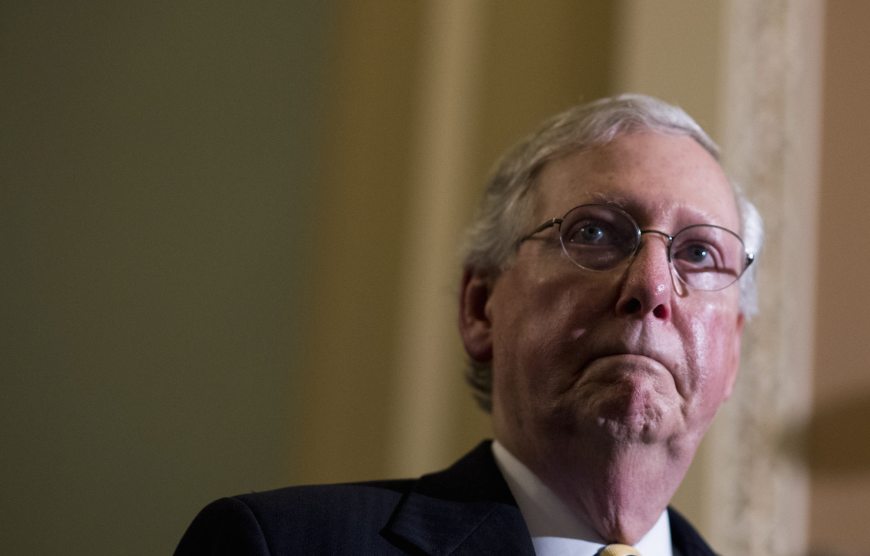 President Donald Trump ramped up his attacks on Sen. Mitch McConnell (R-Ky.) Thursday, suggesting the Senate Majority Leader should step down if Republicans continue failing to pass measures at the top of the party’s legislative agenda.

The president has been feuding with McConnell this week, after the Senate’s top Republican on Monday expressed frustration at Trump’s relative inexperience in Washington, along with his “excessive expectations” for passing legislation in such a short period of time.

“Our new president has, of course, not been in this line of work before, and I think had excessive expectations about how quickly things happen in the democratic process,” McConnell said at a Rotary Club meeting in his home state of Kentucky.

McConnell also complained that it was “extremely irritating” that Congress was being blamed for failing to repeal the Affordable Care Act.

In response, Trump has taken to Twitter the past several days to blast McConnell.

Senator Mitch McConnell said I had "excessive expectations," but I don't think so. After 7 years of hearing Repeal & Replace, why not done?

Mitch, get back to work and put Repeal & Replace, Tax Reform & Cuts and a great Infrastructure Bill on my desk for signing. You can do it!