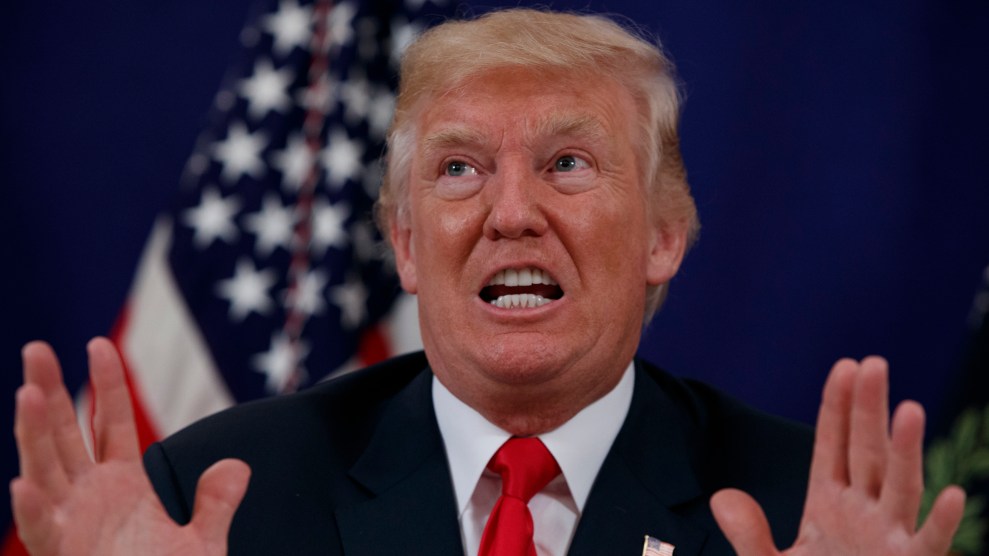 In July, Russian President Vladimir Putin announced that he was expelling 755 US diplomatic staff members in retaliation for Congress’ unanimous decision to impose new sanctions on Russia. On Thursday, President Donald Trump responded by saying thank you.

“I want to thank him,” Trump said at his Bedminster, New Jersey, golf club, “because we’re trying to cut down our payroll, and as far as I’m concerned I’m very thankful that he let go of a large number of people because now we have a smaller payroll.”

Below is Trump’s full response.

Trump: "I greatly appreciate the fact that they’ve been able to cut our payroll." (via ABC) pic.twitter.com/iR5JbHLHZj

This is… extraordinary. Trump thanks Putin for expelling 755 US staff currently serving in Russia. Full quotation: pic.twitter.com/c3HkbdUHk5