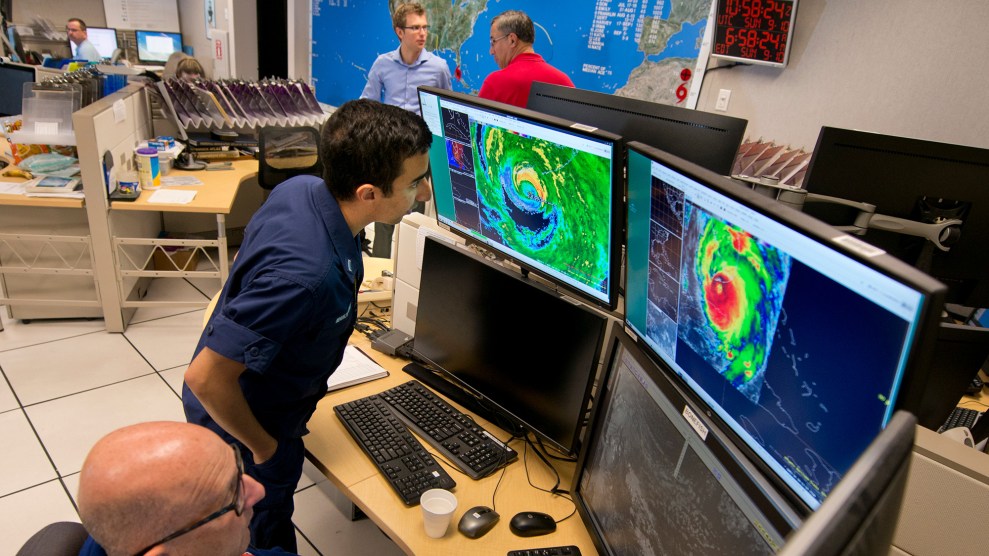 An airborne disaster relief mission is underway in the Florida Keys Monday morning, as the state wakes up to assess the damage from Hurricane Irma, which spent the weekend tearing up the Gulf Coast, clocking record storm surges, and prompting one of the largest evacuations in US history.

According to the Miami Herald, the United States Air Force is coordinating flights of C-130 cargo planes and helicopters, responding to what Monroe County Emergency Management Director Martin Senterfitt called a “humanitarian crisis��� during a Monday morning conference call. Included in the rescue personnel, he said, are “disaster mortuary teams,” which are tasked with victim identification and forensics. House-to-house search and rescue preparations are also underway, according to Fox News.

Gov. Rick Scott announced Monday morning that he would be touring the damage in the Keys with the US Coast Guard.

This morning I'm joining Vice Admiral Schultz and @USCG members to assess damage from Irma in the Florida Keys. pic.twitter.com/HWD2HW19Gj

The Florida Keys were the hardest hit by the Category 4 storm as Irma made landfall in the Lower Keys Sunday morning, packing gusts of 130 miles per hour. Some roads are now impassable and power is out; residents who remained are warned to boil their water. The entirety of the Florida Keys was under mandatory evacuation orders ahead of Irma. Early television footage of the area shows piles of debris, boats on roads, submerged cars, overturned mobile homes, and battered houses.

Boats are on the roads and cars are buried under sand in the Florida Keys after Hurricane #Irma battered the area. https://t.co/fr6dfCOQtx pic.twitter.com/gmYZvjSq8T

Police blocked the entrance to the Florida Keys on Monday morning, according to the Miami Herald, to conduct rescue operations.