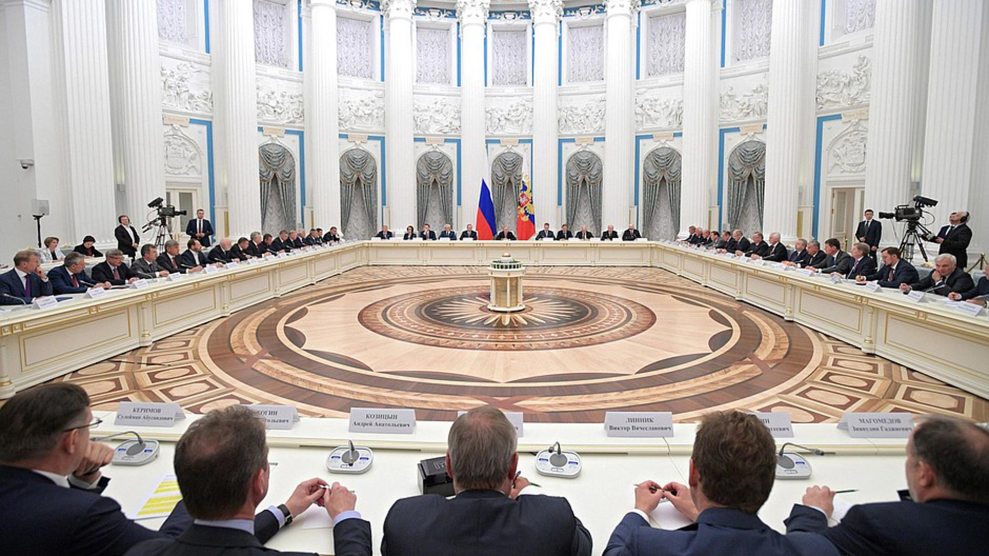 The Washington Post reported Wednesday that while serving as Donald Trump’s campaign chairman, Paul Manafort offered to provide regular “private briefings” on the presidential race to Kremlin-friendly Russian billionaire Oleg Deripaska. There is no evidence that Deripaska received or accepted such briefings, but, as the Post noted, Manafort’s offer “created a potential opening for Russian interests at the highest level of a US presidential campaign,” noted the Post.

Manafort’s connection to Derispaska—which goes back years—is particularly intriguing because Deripaska has long been close to Russian leader Vladimir Putin. In fact, on Thursday, Deripaska—along with several other oligarchs whose names have surfaced in relation to the Trump-Russia scandal—attended an important meeting of business leaders at the Kremlin with Putin, where before a closed door session they were treated to a short public speech from Putin touting Russia’s economic gains under his leadership.

Though such meetings happen semi-regularly, Thursday’s gathering took place as Russia gears up for its March 2018 presidential election. Russian newspaper Moskovskiy Komsomolets suggested the event was set up by Putin to signal his economic priorities for a potential fourth term to Russia’s most powerful business leaders.

Deripaska’s involvement in the Russia scandal is hardly harming his standing in Russia. (Perhaps it is even boosting his position.) But in any event, the controversy burdening Trump’s presidency is generally handled in a subdued fashion in Russia. And Deripaska and other scandal-related oligarchs are continuing on with business as usual.

Deripaska made his fortune in the aluminum business, and in the mid-1990s was denied entry to the United States due to suspected Russian mafia associations. In 2000, he was again banned from entering the US following an interview with FBI investigators. Around that time Deripaska enlisted Paul Manafort, then a veteran Republican operative and lobbyist, who finally succeeded in helping him secure a visa to the United States in 2005. The visa was later revoked in 2006. That year Deripaska reportedly hired Manafort to help bolster Putin’s image in the United States and elsewhere on a $10 million a year contract.

Also attending Thursday’s meeting with Putin was Sergey Gorkov, the chief of Russia’s state-owned development bank, Vnesheconombank. In December 2016, Gorkov met with Trump son-in-law Jared Kushner at the request of Sergey Kislyak, then Russia’s ambassador to the United States. The Senate intelligence committee said in March that it plans to question Kushner about the meeting as part of its investigation of interactions between Trump associates and Russia.

Another attendee at the Kremlin gathering was Herman Gref, the CEO of the state-controlled Sberbank PJSC, Russia’s biggest bank. In 2013, Gref organized a Moscow event with a dozen top Russian businessmen that was attended by Donald Trump, then in town for the Miss Universe pageant. (Sberbank was a co-sponsor of the contest.) The gathering was held at Moscow’s Nobu restaurant, which is partly owned by Aras Agalarov, a Russian real estate mogul who partnered with Trump on the Miss Universe event and who has become a person of interest in the Trump-Russia scandal. E-mails released by Donald Trump Jr. this summer revealed that Agalarov and his son, Russian pop star Emin, helped arrange a June 2016 meeting at Trump Tower where Trump Jr., Kushner, and Manafort, then the campaign chief, met with a Kremlin-connected Russian lawyer, whom they were told would provide them with dirt on Hillary Clinton.