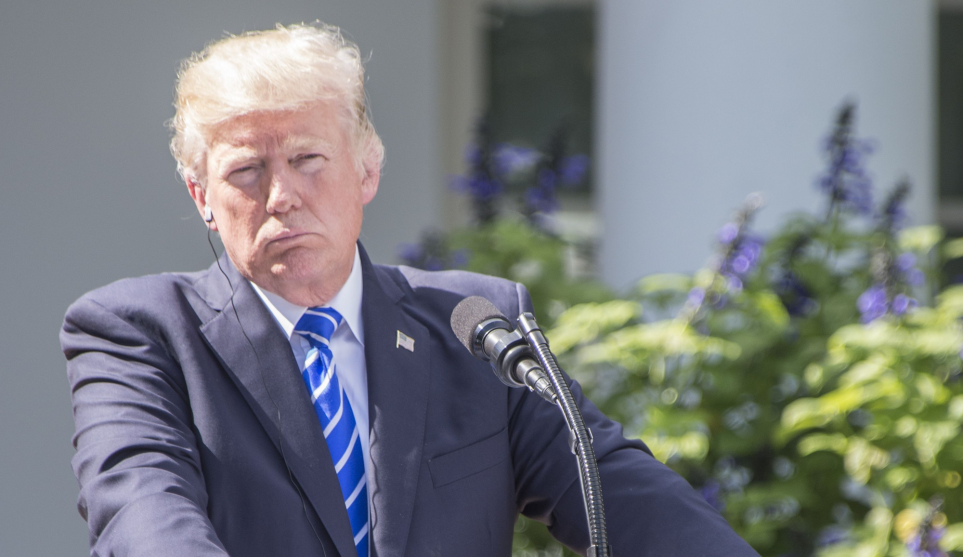 President Donald Trump continued attacking NFL players for protesting during the national anthem, telling Fox & Friends he believes team owners are unwilling to punish athletes because they are scared of players.

The interview, which was recorded Wednesday and aired Thursday morning, comes as the latest salvo in the president’s ongoing tirade against players protesting racial injustice by kneeling during the national anthem. Since Friday, when he described anthem protesters as a “son of a bitch” during a rally in Huntsville, Alabama, Trump has spent every day either attacking athletes or calling on NFL officials to forbid such actions.

Many have criticized the president for fixating on the controversy, rather than the humanitarian crisis in Puerto Rico following Hurricane Maria.

It’s been reported Trump is using the current fight to shore up support among his base, amid fears of angering his core supporters with his recent bipartisanship work with Democrats on DACA.

.@POTUS on NFL owners: When it comes to the respect of our anthem and flag, they have no choice. You have to have people stand with respect. pic.twitter.com/ApAuTFjAvY