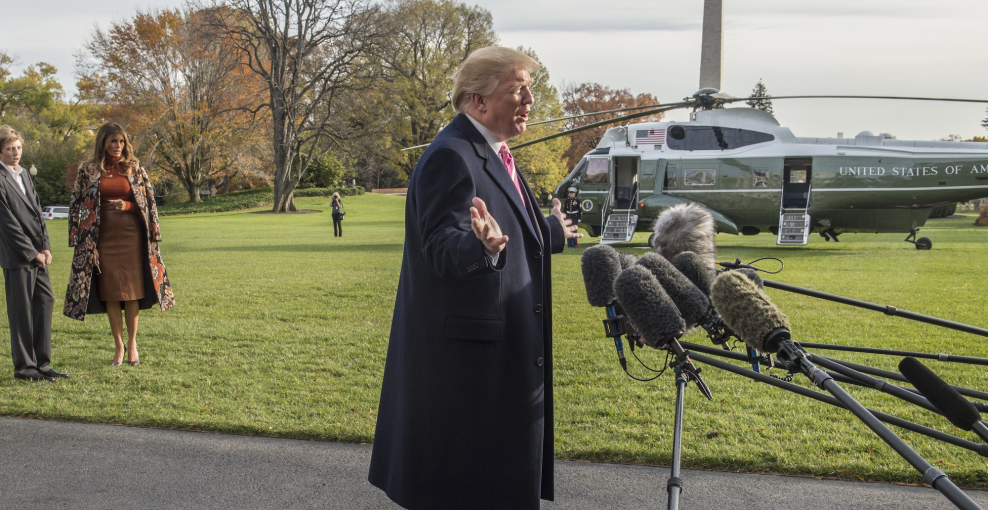 One day before families across the country gather to celebrate Thanksgiving, President Donald Trump is blasting one man as an “ungrateful fool” because of his refusal to lavish words of appreciation on the president.

Trump on Wednesday intensified his ongoing attacks against LaVar Ball, the father of one of the three UCLA basketball players arrested in China last month, labeling him a “poor man’s version of Don King, but without the hair.”

It wasn’t the White House, it wasn’t the State Department, it wasn’t father LaVar’s so-called people on the ground in China that got his son out of a long term prison sentence – IT WAS ME. Too bad! LaVar is just a poor man’s version of Don King, but without the hair. Just think..

…LaVar, you could have spent the next 5 to 10 years during Thanksgiving with your son in China, but no NBA contract to support you. But remember LaVar, shoplifting is NOT a little thing. It’s a really big deal, especially in China. Ungrateful fool!

The newest attack comes after Ball on Friday openly questioned the extent to which Trump played a role in his son’s release, after LiAngelo Ball and two of his UCLA teammates were caught shoplifting. The president has repeatedly claimed that he was crucial in securing Ball’s freedom.

“Who?” Ball responded when ESPN asked about Trump Friday. “What was he over there for? Don’t tell me nothing. Everybody wants to make it seem like he helped me out.”

Trump seized on the remarks, suggesting a day later that he should have left the players in jail.