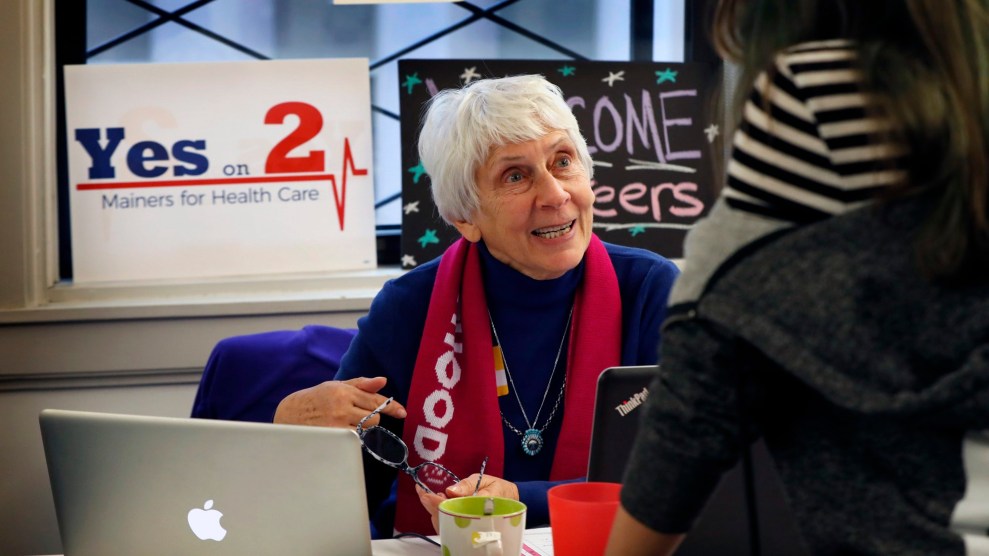 In a night full of repudiations of Donald Trump, here’s one more. Maine voted on Tuesday to embrace a key element of Obamacare, approving a ballot initiative to accept the Affordable Care Act’s expansion of Medicaid to everyone who makes up to 138 percent of the federal poverty line. (In 2017, that’s $16,642 for an individual or $33,948 for a family of four.) It’s expected that around 80,000 people in Maine will gain Medicaid coverage when expansion is implemented.

As I wrote earlier Tuesday, expanding Medicaid in Maine will offer a variety of benefits for the state:

For a rural state like Maine, expanding Medicaid could shore up finances for a number of hospitals that are in danger of closing—more than half the state’s hospitals are currently losing money. Part of the problem is that the ACA cut funding for health providers who provide uncompensated care to uninsured patients—patients who were now supposed to be covered under Medicaid. But when Maine and other states refused to expand Medicaid, health care providers were left without any way to recover those funds.

Expansion won’t immediately go into effect. As Emma Sandoe, a former Department of Health and Human Services spokesperson, explained earlier this week, there are various ways that Republican Gov. Paul LePage, a vocal opponent of Medicaid expansion, could slow-roll the initiative.

This is the first time voters have directly weighed in on Medicaid expansion. There are currently 19 states (if you include Maine) that haven’t implemented the program. As Republican governors continue to block this part of Obamacare, it’s likely that health care advocates in other states will try the ballot initiative route.