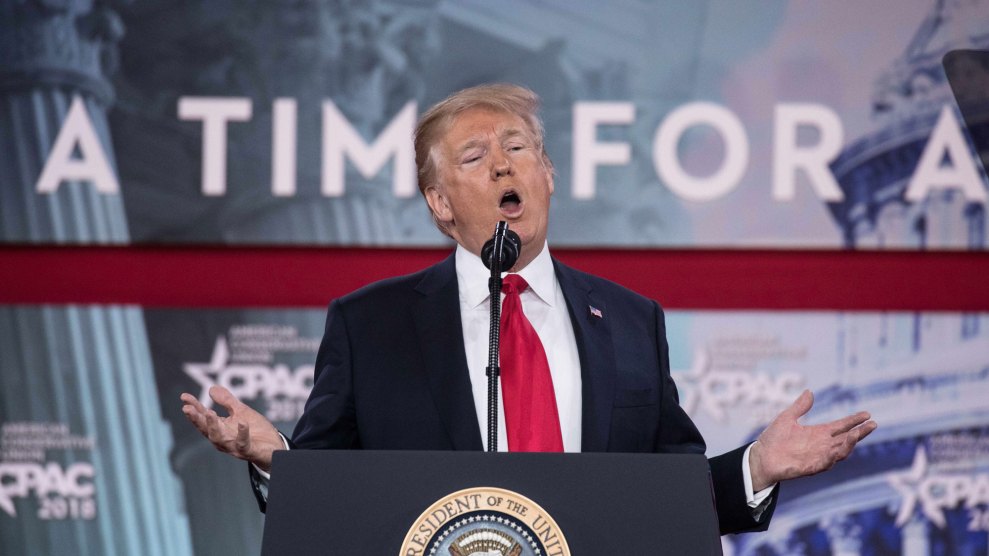 For the fourth day in a row, President Donald Trump is saying strange things about a vague plan to arm teachers:

Armed Educators (and trusted people who work within a school) love our students and will protect them. Very smart people. Must be firearms adept & have annual training. Should get yearly bonus. Shootings will not happen again – a big & very inexpensive deterrent. Up to States.

Previously Trump stated that he wanted to arm 20 percent of American teachers to be able to “immediately fire back if a savage sicko came to a school with bad intentions.” It’s not clear what “inexpensive” means in the context of a national program to pay teachers more money for packing heat, nor is it clear what “Up to States” means. But no matter how many Trump flogs it, the NRA myth of the “good guy with a gun” is still just a myth. That he’s pushing it anyway doesn’t bode well for the prospects of a good-faith debate about gun control.

Trump Doubles Down on Guns in Schools

"A teacher would have shot the hell out of him before he knew what happened," Trump said.