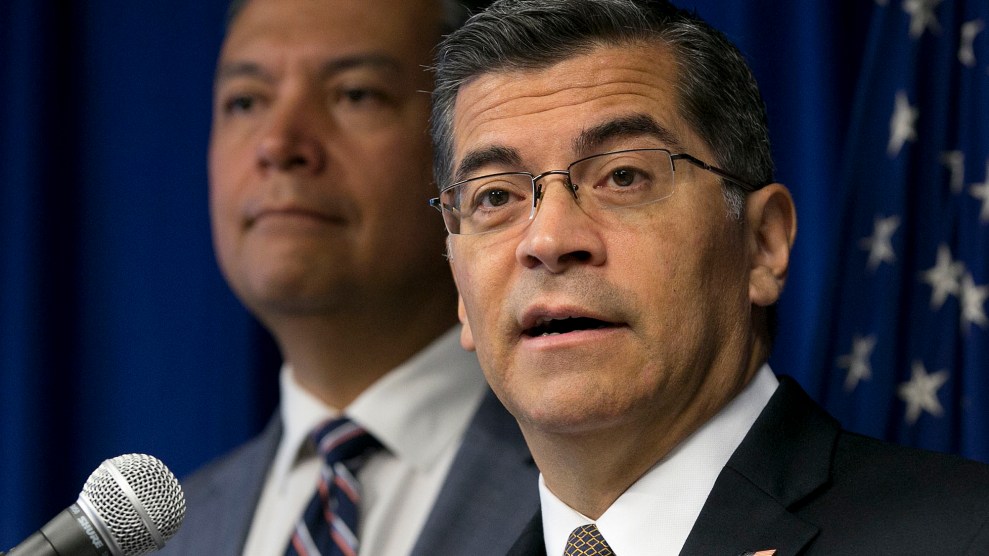 The state of California has filed suit against the Trump administration for its controversial decision to add a question about US citizenship to the 2020 census form, becoming the first state to challenge the administration’s action in court.

California Attorney General Xavier Becerra said the question would cause immigrants not to respond to the 2020 census form. “Given the way the Trump administration has attacked immigrants, you could understand why immigrant families would be afraid to fill out census questionnaire,” he said at a Tuesday press conference in Sacramento. California Secretary of State Alex Padilla called the question “a concerted effort to suppress a fair and accurate census count.”

The lawsuit, filed late Monday night in federal court in California, claims that the citizenship question violates the US Constitution’s requirement that the government undertake an “actual Enumeration” of the country’s total population, not just of US citizens, along with a provision of the 1946 Administrative Procedure Act—which governs regulations for government agencies—barring “arbitrary and capricious” agency action.

California has the highest number of foreign-born residents (more than 10 million) and noncitizens (more than 5 million) in the country and thus the most to lose if these populations are afraid to respond to the census. “Undercounting the sizable number of Californian non-citizens and their citizen relatives will imperil the State’s fair share of congressional seats and Electoral College electors and will cost the State billions of dollars in federal funding over the next decade,” the lawsuit says. “The citizenship question will now likely cause California to lose seats for the first time in its history.”

This is likely to be the first of many lawsuits against the administration’s action. New York Attorney General Eric Schneiderman pledged to lead a “multi-state lawsuit” challenging the citizenship question, while former US Attorney General Eric Holder and civil rights groups like the Mexican-American Legal Defense and Education Fund also announced their intention to sue.

The citizenship question is likely to affect more than just noncitizens. There are more than 5 million US-born children in the country who live with their undocumented parents, according to a 2016 study by the Pew Research Center. If their parents are afraid to respond to the census form, then millions of US citizens will go uncounted as well.