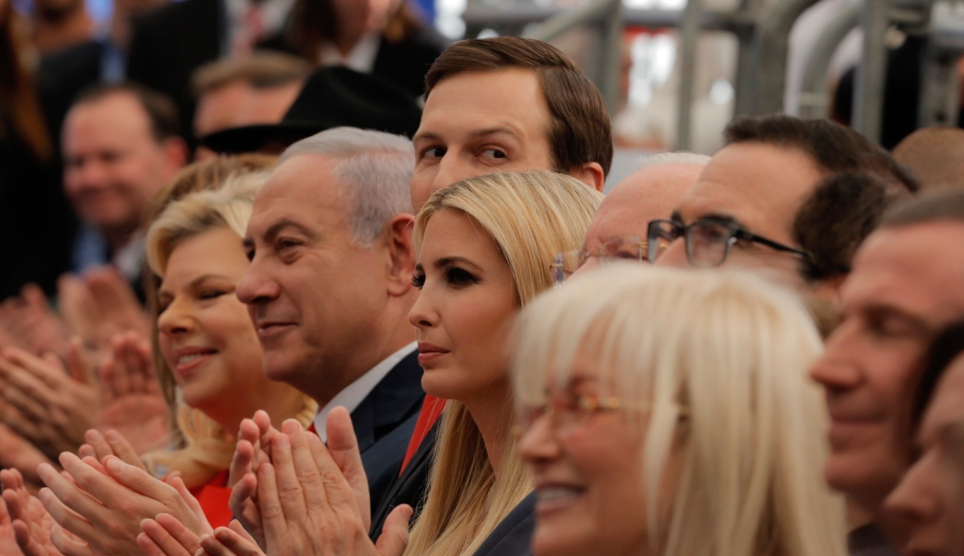 As Israeli forces killed dozens of Palestinians protesting the opening of the US embassy in Jerusalem on Monday, President Donald Trump published a video message commemorating what he hailed as a long overdue and “historic” move to officially recognize Jerusalem as Israel’s “true” capital.

“Congratulations, it’s been a long time coming,” he said in a video posted on social media, amid reports Israeli troops had killed at least 52 people along Israel’s border with Gaza. The violence on Monday marked the deadliest day since the “Great March of Return” protests first erupted six weeks ago. Officials estimate another 900 Palestinians had been injured.

Trump did not refer to the violence in his message.

"On December 6th, 2017, at my direction, the United States finally and officially recognized Jerusalem as the true capital of Israel. Today we follow through on this recognition and open our embassy in the historic and sacred land of Jerusalem." #USEmbassyJerusalem pic.twitter.com/lne5FB7sB8

The decision to relocate the embassy came along with the administration’s December announcement that it would recognize Jerusalem, which is claimed by both Israelis and Palestinians as their capital, as Israel’s capital. Monday’s clashes took place along the border, roughly 50 miles away from an official ceremony celebrating the embassy’s opening attended by a number of Republican members of Congress and Trump aides, including the president’s daughter Ivanka Trump her husband Jared Kushner.

Kushner delivered remarks on behalf of his father-in-law’s administration, where he described “those provoking violence” as a “part of the problem,” not a “part of the solution.”

“While presidents before him have backed down from their pledge to move the American Embassy once they were in office, this president delivered,” Kushner said. “Because when President Trump makes a promise, he keeps it.”

Many remarked on the disturbing effect of watching news outlets cover both the ceremony proceedings and violence simultaneously.

Visually the split screen of Jared Kushna speaking at US Embassy Jerusalem about US belief in Human Rights next to scene of Palestinians trapped behind a fence on desolate land being fired at is one that speaks louder than false words & opulent ceremonies pic.twitter.com/mREiv8FTqG

Moving the United States’ embassy from Tel Aviv to Jerusalem has long been a priority of many American Zionists. The relocation has outraged Palestinians and much of the international community, who warned the move would inflame an already tense situation. Trump has repeatedly characterized the decision as in the “best interests” in pursuit of peace between Israel and Palestine. “It is also the right thing to do. It has to be done,” the president said in his December announcement.

In a press briefing Monday afternoon, Deputy Press Secretary Raj Shah said that responsibility for the violence “rests squarely with Hamas.” Shah added: “This is a gruesome and unfortunate propaganda attempt.”

This post has been updated to include the White House’s response and an updated death toll.