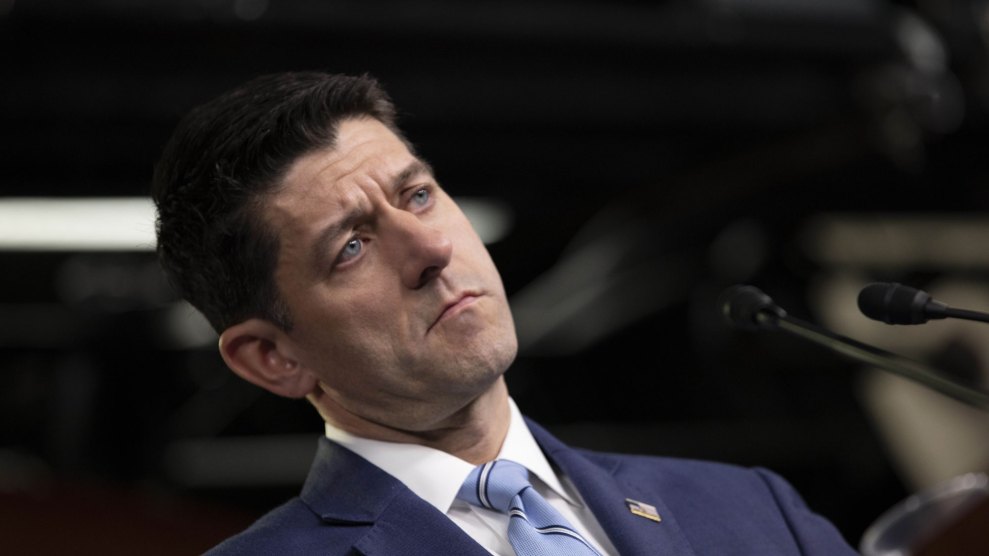 On Thursday, Speaker of the House Paul Ryan (R-Wis.) was asked about Environmental Protection Agency chief Scott Pruitt, whose corporate-friendly tenure has been derailed by a series of increasingly embarrassing scandals. Pruitt, a conservative favorite who holds a cabinet-level post, has been in the news for weeks, and his lavish spending falls right in the sweet-spot of congressional oversight. But if the buck doesn’t stop at Ryan’s office, the news apparently does.

“Frankly I haven’t paid that close attention to it,” Ryan said. “I don’t know enough about what Pruitt has or has not done to give you a good comment.”

.@SpeakerRyan on whether EPA chief Scott Pruitt should remain in his position amid ethics scrutiny: "Frankly, I haven't paid that close attention to it…I don't know enough about what Pruitt has or has not done." https://t.co/AfEIFrfeM5 pic.twitter.com/5WbnOUSS19

Well, okay, he’s a busy guy. But this is hardly a one-off thing. For nearly two years, pleading ignorance has been Ryan’s go-to response basically anytime he’s questioned about what someone in President Donald Trump’s circle says or does.

When asked to explain the difference between the sexual abuse allegations against Alabama Senate candidate Roy Moore (who he condemned) and Trump (who he continues to support):

“I don’t know the answer to that. I haven’t spent my time reviewing the difference in these two cases.”

On the indictment of Trump campaign chairman Paul Manafort:

“They made an indictment. I really have nothing to add because I haven’t even read it, so I’m not going to speculate on something I haven’t read.”

Pressed to respond to special counsel indictments, Speaker Ryan says, "I'm not going to speculate on something I haven't read." pic.twitter.com/Xf7rVXWgLD

On Trump’s threat to release “tapes” of his conversations with fired FBI Director James Comey:

“I’ve decided I’m not going to comment on the tweets of the day, or of the hour. I haven’t seen them all, to be candid with you.”

On Comey’s testimony to Congress:

“I didn’t clear my schedule for a hearing in the Senate today.”

Paul Ryan asked to respond to the Comey testimony. "I didn't clear my schedule for a hearing in the Senate today," Ryan says.

On whether Jeff Sessions misled Congress:

On Trump triggering a minor international incident with China:

“You think I’m going to sit here and comment on the daily tweets?”

Speaker Ryan on Trump's tweets about Taiwan call: "You think I'm going to sit here and comment on the daily tweets?" https://t.co/JvVgZbbRKS pic.twitter.com/1WO30Qi6YL

“I didn’t read the article.”

On Trump attacking the head of a small union local in Indiana:

Paul Ryan says he hasn't heard anything about the Chuck Jones controversy.

He really needs to put Trump on tweet alerts.

On Trump’s treatment of women:

“I’m not going to get into the day-to-day, up and down of this campaign”

On Trump’s support for torture:

“I’m not going to take the bait this morning”

On the incredibly optimistic growth projections in the Trump budget, which he supported:

“I haven’t seen the details yet.”

On a flurry of reports about Trump’s treatment of women (again):

“Forget about the buzz of the day, and forget what Twitter storm is going on, I don’t know, in the last 20 minutes”

“Every morning I wake up in my office and I scroll through Twitter to see which tweets I will have to pretend I didn’t see later on.”

Someone buy this man a magazine subscription!