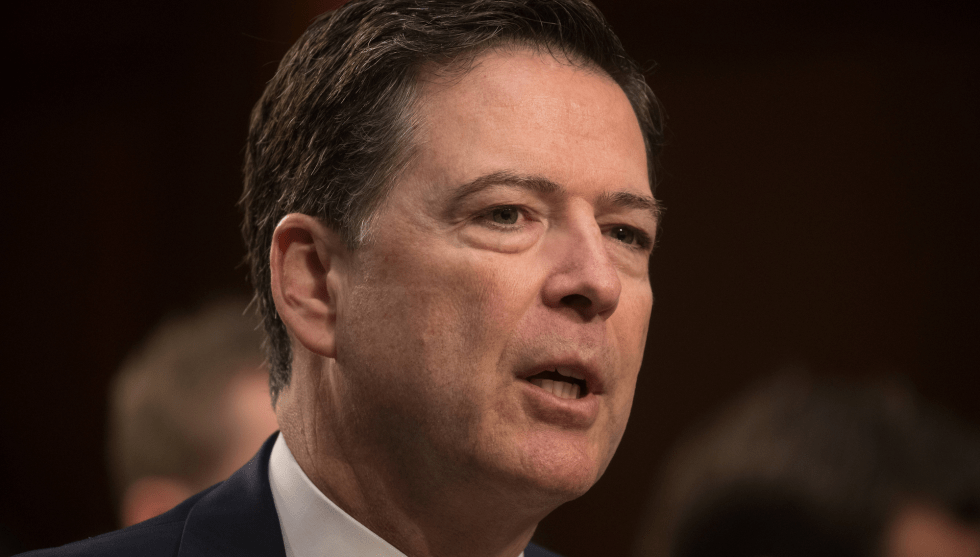 The Justice Department’s inspector general on Thursday released a much-anticipated report on former FBI director James Comey’s handling of the investigation into Hillary Clinton’s private email use. As expected, the 500-page report was critical of Comey, concluding that his actions in the Clinton probe broke longstanding department guidelines. It did not, however, find Comey’s decisions were politically motivated.

“While we did not find that these decisions were the result of political bias on Comey’s part, we nevertheless concluded that by departing so clearly and dramatically from FBI and department norms, the decisions negatively impacted the perception of the FBI and the department as fair administrators of justice,” Justice Department Inspector General Michael Horowitz wrote.

The report specifically cited what has been dubbed the “October surprise”—Comey’s controversial decision in October to announce that the FBI was reopening its investigation into Clinton after it had uncovered new information related to the probe. In July, Comey had closed the case and said that he wouldn’t be recommending any charges against Clinton. In response, conservatives accused Comey with trying to protect the Democratic presidential candidate.

But with just days left before the election, Comey again followed up, only to announce that the new information did not change the FBI’s July conclusion. Many have credited Comey’s “October surprise” with handing Clinton’s opponent, Donald Trump, the presidential election.

The report on Thursday also criticized communications between FBI agents Peter Strzok and Lisa Page, including a text message from Strzok saying that “we’ll stop” Trump from becoming president. Horowitz wrote that although the texts cast a “cloud” over the FBI, the internal review “did not find documentary or testimonial evidence that improper considerations, including political bias, directly affected the specific investigative actions we reviewed.”

Trump, who fired Comey in May 2017, has been eagerly awaiting the final inspector general report. The president and his allies are expected to use it to discredit the former FBI director in the special counsel’s Russia investigation. Shortly after firing Comey, Trump admitted in a televised interview that he got rid of him because of the Russia investigation.