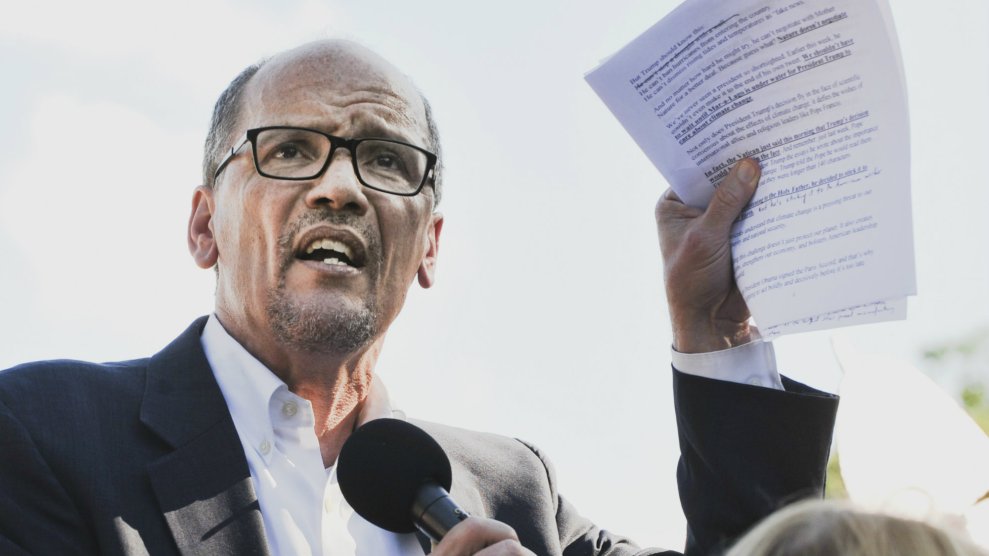 The Democratic National Committee voted over the weekend to ban donations from fossil fuel companies, HuffPost has learned.

The resolution—proposed by Christine Pelosi, a party activist and House Minority Leader Nancy Pelosi’s daughter—bars the organization from accepting contributions from corporate political action committees tied to the oil, gas and coal industries. The executive committee voted unanimously to approve the motion.

“We talk about how climate change is real and climate change is a planetary emergency, what we need to do is stop taking money from the institutions that have created this crisis,” said RL Miller, president of the super PAC Climate Hawks Vote Political Action and a co-author of the resolution.

The DNC may consider a second resolution at a full board meeting in Chicago in August to ban contributions over $200 from individuals who work for the fossil fuel industry. Miller said the proposal—which has not yet been submitted to the DNC—will hopefully lead candidates to adopt similar policies.

“So if Eddie Exxon is your college buddy and a frat-boy friend of yours and he’s employed at an Exxon gas station and wishes to donate $25 to have a barbecue and a beer with you, fine,” Miller said. “But if Edward J. Exxon in Exxon’s middle management thinks you’re worth contributing $2,700 to out of his own salary, that is much more concerning to us.”

The DNC confirmed the vote but declined to comment.

Obama prohibited contributions from PACs and lobbyists after winning the party’s presidential nomination in 2008. But former DNC chair Debbie Wasserman Schultz lifted the ban ahead of the 2016 election.

Oil and gas companies spent a record $7.6 million on Democratic races in 2016, according to data collected by the nonpartisan Center for Responsive Politics. But that figure pales in comparison to the $53.7 million in direct donations to Republicans, who received 88 percent of the industry’s contributions during that election cycle. Republicans have taken in 89 percent of the industry’s donations so far in 2018.

The coal mining industry gave 97 percent of its donations to Republicans in 2016—a figure that has dipped to 95 percent this year.

“This is going to be the way that we ask people to make some clear choices, so voters know what they’re getting,” Pelosi said. “When you talk the talk and walk the walk, that’s how you’re going to inspire people.”