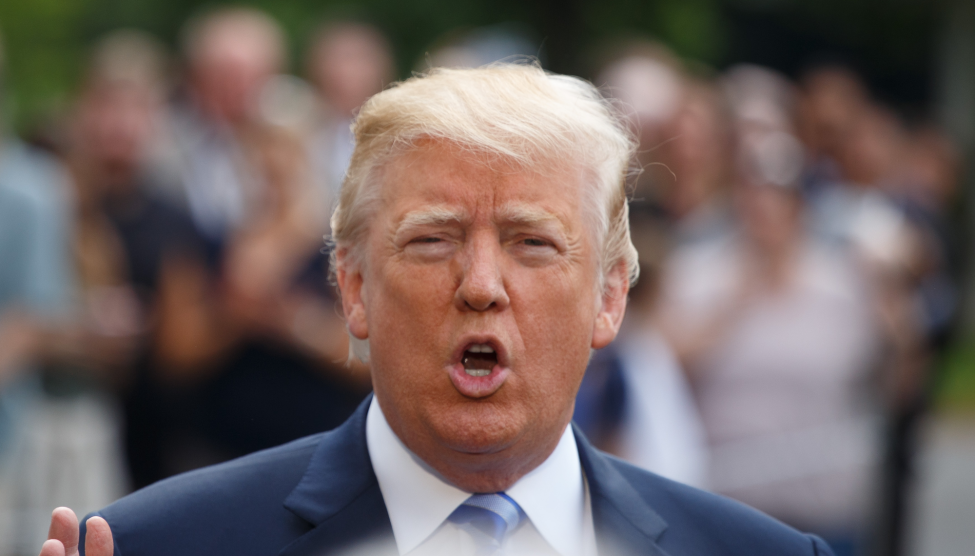 Arrived back in Washington last night from a very emotional reopening of a major U.S. Steel plant in Granite City, Illinois, only to be greeted with the ridiculous news that the highly conflicted Robert Mueller and his gang of 13 Angry Democrats obviously cannot find Collusion…

….,the only Collusion with Russia was with the Democrats, so now they are looking at my Tweets (along with 53 million other people) – the rigged Witch Hunt continues! How stupid and unfair to our Country….And so the Fake News doesn’t waste my time with dumb questions, NO,….

…..I did NOT know of the meeting with my son, Don jr. Sounds to me like someone is trying to make up stories in order to get himself out of an unrelated jam (Taxi cabs maybe?). He even retained Bill and Crooked Hillary’s lawyer. Gee, I wonder if they helped him make the choice!

The president’s denial comes hours after CNN reported that Trump’s longtime personal attorney and fixer, Michael Cohen, is ready to testify Trump knew about the meeting before it took place. The explosive claim contradicts previous assertions from the president and his son that he had no knowledge of the June 9, 2016 meeting, which has reportedly been at the center of Robert Mueller’s ongoing probe, until it eventually emerged in the press.

“No, I didn’t know until a couple of days ago,” the president told Reuters in July 2017, nearly one year after the meeting took place. The denial came amid several contradictory statements from Trump Jr., including claims he had never met with anyone from Russia to help his father’s campaign alongside shifting explanations about the meeting’s purpose.

Trump on Friday appeared to suggest that Cohen is making false statements in order to escape legal trouble linked to his taxi business. Responding to the CNN report late Thursday, Rudy Giuliani slammed Cohen, who worked for the president for over a decade, as a “pathological liar” and accused him of being “very jealous” of the Trump children.