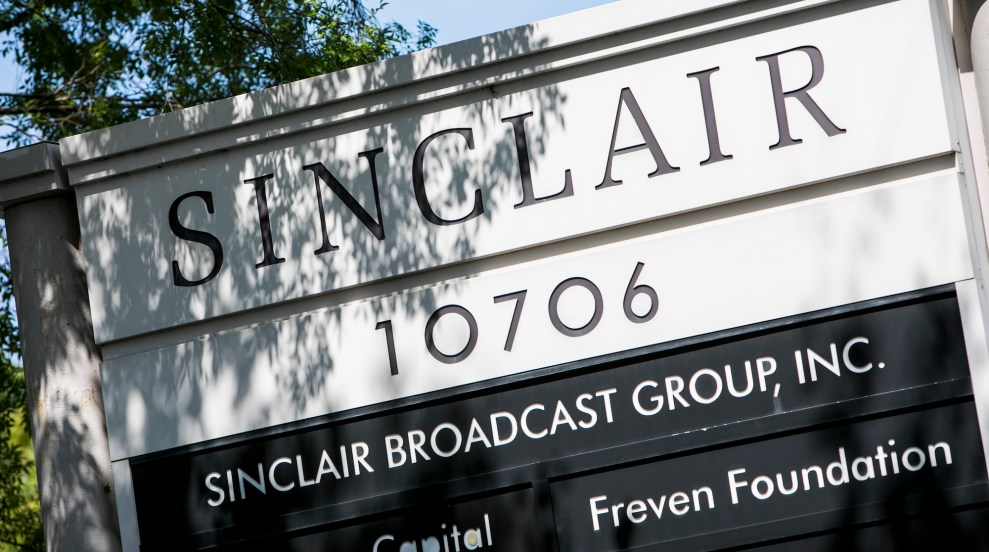 Ajit Pai, the chairman of the Federal Communications Commission, announced on Monday that the organization would vote to allow an administrative judge to review proposed action to allow for Sinclair Broadcasting Group to finalize a $3.9 billion merger with Tribune Media. The chairman, who previously championed the measure, cited “serious concerns” about the merger, which could allow Sinclair to control stations “in violation of the law.” If the merger goes through, Sinclair, an unabashedly pro-President Trump network that mixes conservative programming alongside local news, would own local TV stations reaching a large majority of the country.

“When the FCC confronts disputed issues like these, the Communications Act does not allow it to approve a transaction,” Pai said in a statement to the press. “Instead, the law requires the FCC to designate the transaction for a hearing in order to get to the bottom of those disputed issues. For these reasons, I have shared with my colleagues a draft order that would designate issues involving certain proposed divestitures for a hearing in front of an administrative law judge.”

The Sinclair merger has long been a concern of Democrats during the FCC’s new push to deregulate broadcasters. In November, the Republican-lead agency voted 3-5 along party lines to eliminate other regulations for local media ownership, including rules that blocked a media company from owning both a daily newspaper and a TV station. A final vote to eliminate the current ownership caps for broadcasters, which was rumored to happen this summer, would have cleared the way for Sinclair to complete a $3.9 billion merger with Tribune Media. If the merger is approved, the pro-Trump broadcaster would reach 72 percent of American homes.

Today’s announcement is a surprising one for Pai, who is currently the subject of an investigation by the FCC’s investigator general over whether or not Pai improperly pushed for a merger that would benefit Sinclair.