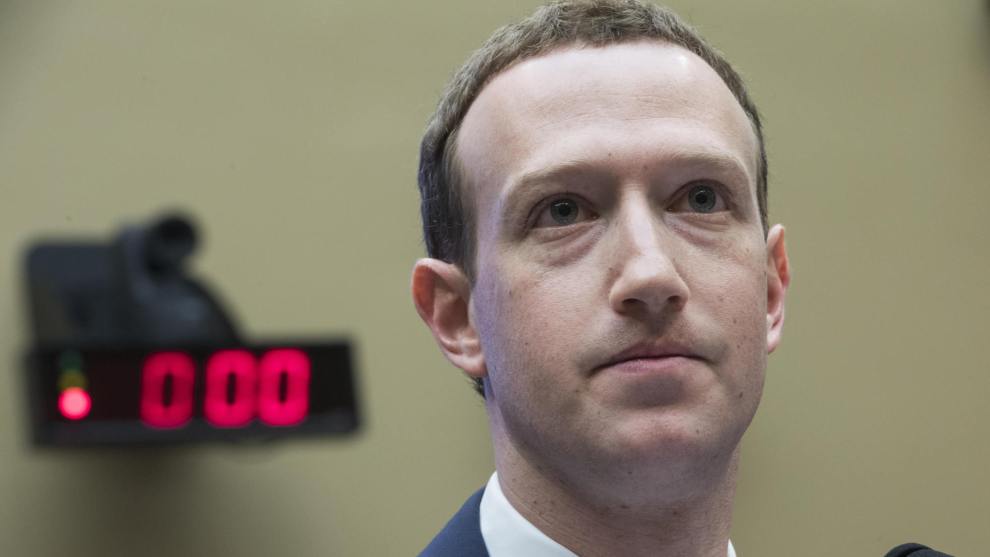 In April, Facebook’s CEO Mark Zuckerberg testified in front of Congress that the company would eliminate hate speech on the platform within 5 to 10 years using AI technology the company is currently developing. But Zuckerberg says that he thinks both Holocaust Deniers and Sandy Hook truthers, two fringe conspiracy groups that even GOP leaders have condemned, would not be subject to the crackdown.

In a 90-minute interview with Recode‘s Kara Swisher, Zuckerberg discussed issues of censorship on the platform, including the company’s alleged conservative bias and its interference in Myanmar. When asked why he couldn’t take down content that calls Sandy Hook a fraud, Zuckerberg conceded that he believes the claim is false, but that only direct harassment against victims of the tragedy would be removed. In his justification, he likened the group to Holocaust deniers.

“I’m Jewish, and there’s a set of people who deny that the Holocaust happened,” Zuckerberg told Recode. “I find that deeply offensive. But at the end of the day, I don’t believe that our platform should take that down because I think there are things that different people get wrong. I don’t think that they’re intentionally getting it wrong.”

Elaborating on the statement, he said that it was difficult to “impugn intent and to understand the intent” and that “if you’re not trying to organize harm against someone, or attacking someone, then you can put up that content on your page.”

He did say that it’s possible Facebook would not push the content to users’ feeds, and that he did not feel Facebook had a “responsibility to make it widely distributed.”

The interview comes just a day after House Judiciary members met to discuss the alleged “conservative bias” of both Facebook and other platforms. At the hearing, Rep. Ted Deutch (D-Fla.) asked YouTube why it wouldn’t remove InfoWars and its host Alex Jones, who has been a driving force of conspiracies about both the Sandy Hook and Parkland shooting, from its platform despite repeated violations for harassment.

“How many strikes does a conspiracy theorist who attacks grieving parents and survivors of a mass shooting get?” Deutch asked a Youtube executive, who responded that the company has a “strikes” policy for platform offenders.

Facebook’s Head for Global Policy Management Monika Bickert told the committee that Facebook will take down pages like InfoWars“if they posted sufficient content that violated our threshold.” She was not, however, able to clarify what that threshold was.

An internal document obtained by Motherboard was able to shed some clarity on the company’s content guidelines. According to the report, a page or group will be taken down if it includes sexual solicitation in at least two “elements,” such as the title, photo, or pinned post. Other guidelines in the obtained document included instructions to remove a page or group “if at least 30 percent of the content posted by other people within 90 days violates Facebook’s community standards.” Regarding hate speech, internal guidelines instructed moderators to remove a user if there were 5 or more infractions of the community guidelines.

The company’s CEO, however, seemed to espouse a more lenient approach.

“I just think, as abhorrent as some of those examples are, I think the reality is also that I get things wrong when I speak publicly,” said Zuckerberg. “I’m sure a lot of leaders and public figures we respect do too, and I just don’t think that it is the right thing to say, ‘We’re going to take someone off the platform if they get things wrong, even multiple times.'”