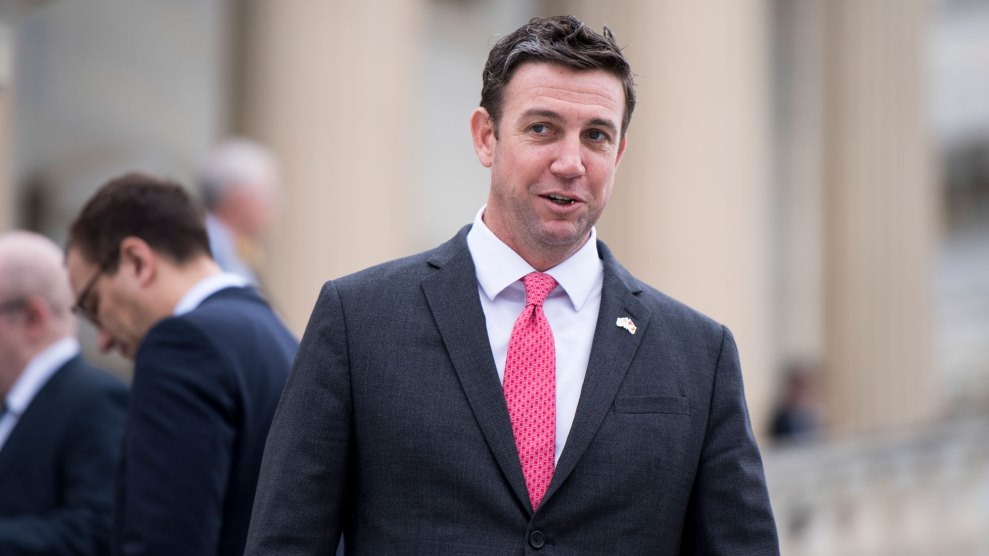 Rep. Duncan Hunter, R-Calif., walks down the House steps after final votes of the week in the Capitol in February. Bill Clark/CQ Roll Call/AP

On Tuesday, a federal grand jury in San Diego indicted Republican Rep. Duncan Hunter and his wife for illegally using $250,000 in campaign funds to pay for family vacations, school tuition, and theater tickets, among other personal expenses, the Justice Department announced.

According to the 48-page indictment, the California lawmaker, who was one of the first members of Congress to endorse President Donald Trump in the 2016 election, improperly used campaign contributions to pay for a host of personal items—from trips to Italy and Hawaii to family dental bills—disguising the spending as “campaign travel” and charitable contributions. Duncan, who is up for reelection this November, is the second Trump endorsee in Congress to be indicted in recent weeks. Earlier this month, Rep. Chris Collins (R-N.Y.), was charged with insider trading.

“The indictment alleges that Congressman Hunter and his wife repeatedly dipped into campaign coffers as if they were personal bank accounts, and falsified FEC campaign finance reports to cover their tracks,” US Attorney Adam Braverman wrote in a Justice Department press release. “Elected representatives should jealously guard the public’s trust, not abuse their positions for personal gain.”

Federal prosecutors charged the Hunters with conspiracy, wire fraud, falsifying records, and illegal use of campaign contributions. He and his wife, Margaret, are expected to appear before a federal judge for their arraignment on Thursday.