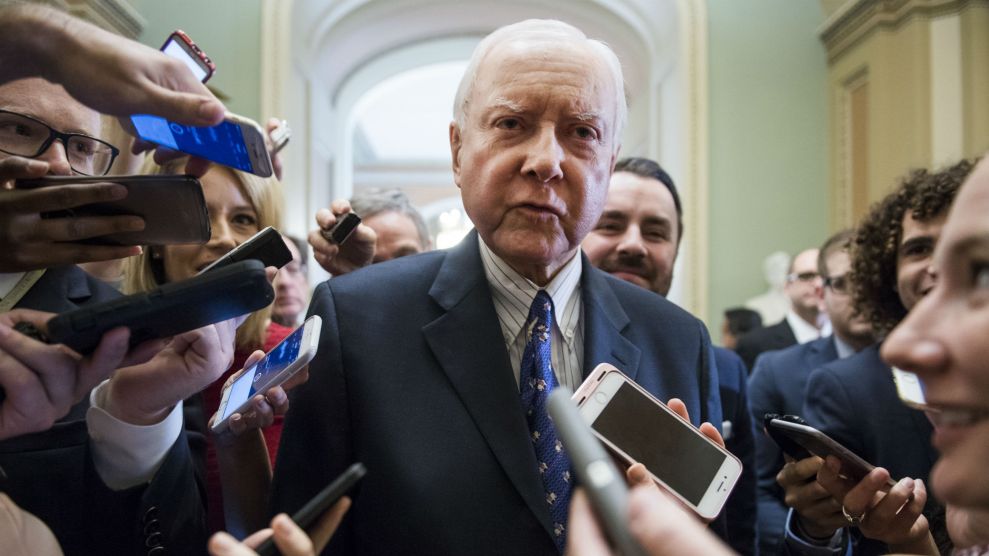 During a break in the Senate hearing Thursday with Dr. Christine Blasey Ford, the woman who has accused Supreme Court nominee Brett Kavanaugh of sexual assault, Sen. Orrin Hatch (R-Utah) took his performance to a new level of cringeworthy.

Speaking to reporters, he called Ford an “attractive witness.” When asked to explain, he simply said, “She’s pleasing.”

Hatch also said he doesn’t find Ford to be “un-credible.”

Hatch, according to reporters, also seemed to think the nomination was still on track:

ME: Do you think the Kavanaugh nomination is still on track for a committee vote tomorrow?

ME: And will he be voted out favorably?