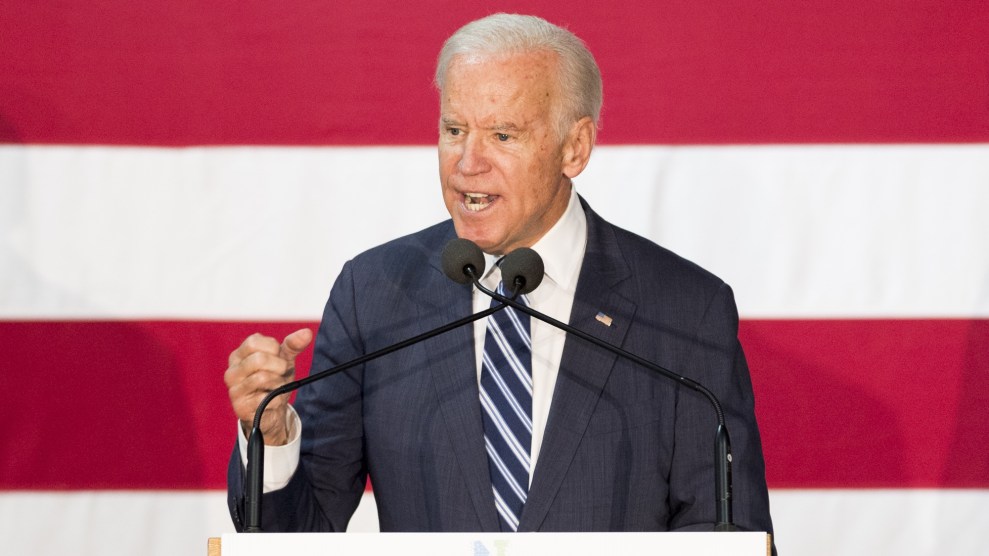 On the stump in Las Vegas, Nevada on Saturday, former Vice President Joe Biden criticized President Donald Trump’s handling of the death of journalist Jamal Khashoggi as “embarrassing” and “dangerous.”

Just yesterday, Trump repeated that he found credible Saudi Arabia’s latest claim that Khashoggi died after a fistfight brawl broke out inside the country’s consulate in Turkey. That was after Trump bought a quite different story coming from Saudi Arabia days before, when the country claimed that it was not involved. Both versions, and Trump’s own hypothesis on “rogue killers,” contradict intelligence reports that Khashoggi was assassinated and dismembered on orders from the royal family.

“My Lord! He’s making excuses,” Biden said Saturday. “By the way, you know that whole expression, you don’t bring a knife to a gun fight? Well you don’t bring bone saws to fights. What is going on here? It’s embarrassing. But it’s also dangerous…They’re undermining our worldwide reputation for decency.”

Biden was at a campaign rally for Democratic Senate candidate Jackie Rosen, who is vying for incumbent Sen. Dean Heller’s seat. While focusing on issues ranging from fair wages to immigration at the Culinary Workers Union rally, the former VP spent a good portion of his speech going after Trump’s foreign policy. Biden criticized Trump’s embrace of Russia’s Vladamir Putin and North Korea’s Kim Jong-un. “He is a dictator and a thug,” Biden said of Putin. “[Trump] stands there and take Putin’s word over our own intelligence community?”

“It’s time to lift our heads up and remember who the hell we are,” Biden said.