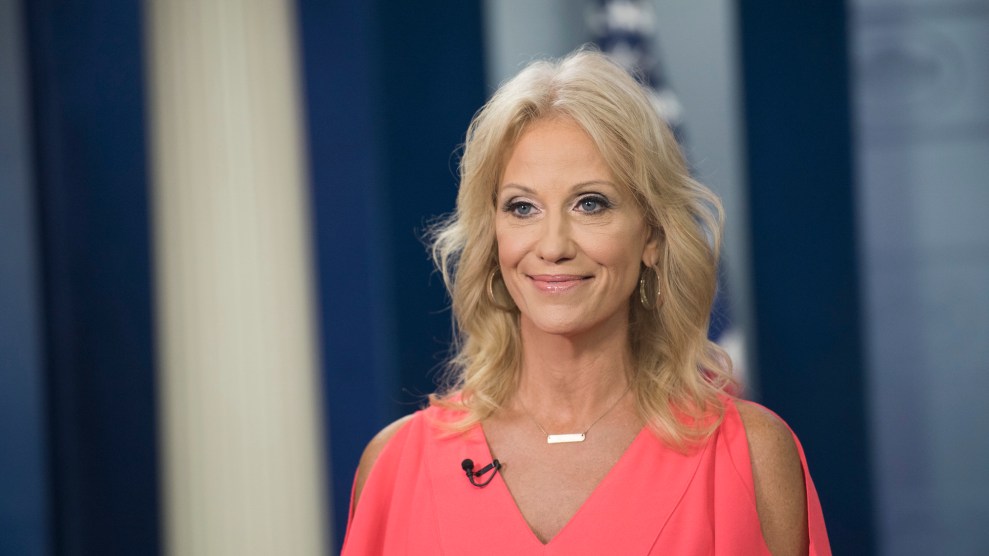 Presidential adviser Kellyanne Conway claimed this morning “many people,” including journalists and senators, “want” women to be victims of sexual violence. “They want every woman to be a victim, every woman to lock arms with every other woman; every man is a perpetrator,” she said.

Conway made her comments on ABC’s This Week while criticizing coverage of Brett Kavanaugh’s Supreme Court confirmation hearings. She falsely claimed that the media did not report on Kavanaugh’s denial under oath of the sexual assault allegations against him. “Many in your industry have lost their moral authority to pretend that they were looking for the truth, that they were on some kind of fact-finding mission, when…they’re not even covering his testimony that he has denied under oath that this has happened,” Conway told ABC News chief White House correspondent Jonathan Karl.

Conway: "Many people" want "every woman to be a victim." pic.twitter.com/wATAudeY0D