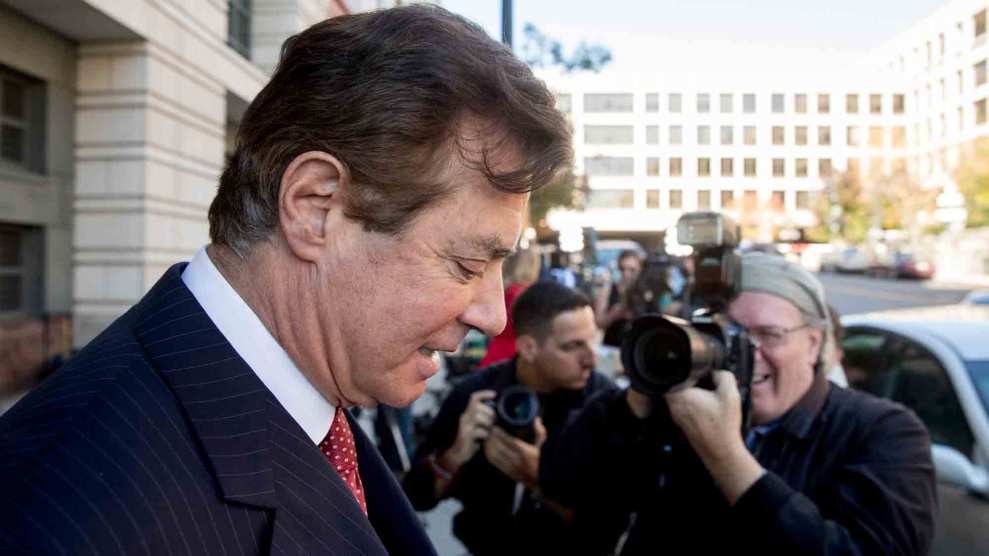 WikiLeaks strongly disputed the story, saying that Assange had never met with Manafort.

Remember this day when the Guardian permitted a serial fabricator to totally destroy the paper's reputation. @WikiLeaks is willing to bet the Guardian a million dollars and its editor's head that Manafort never met Assange. https://t.co/R2Qn6rLQjn

In a statement issued Tuesday afternoon, Manafort denied the report. “This story is totally false and deliberately libelous,” Manafort said in a statement provided by a spokesman. “I have never met Julian Assange or anyone connected to him. I have never been contacted by anyone connected to Wikileaks, either directly or indirectly. I have never reached out to Assange or Wikileaks on any matter. We are considering all legal options against the Guardian who proceeded with this story even after being notified by my representatives that it was false.”

According to the paper, which cites unidentified sources, Manafort met at least three times with Assange in Ecuador’s London embassy between 2013 and the spring of 2016 It is not clear why Manafort would have met with Assange or what transpired in the meetings, but the alleged sitdowns—and especially the final one, which the Guardian noted occurred in March 2016—are likely to be of intense interest to Special Counsel Robert Mueller. In July 2016, WikiLeaks began releasing Democratic emails stolen by Russian intelligence officers. According to the Guardian, Manafort’s lawyers did not respond to questions about their client’s alleged visits with Assange.

Manafort was convicted in August of tax fraud and other charges stemming from his work for a pro-Russian political party in Ukraine and its successor. In September, he pleaded guilty to other charges including money laundering in connection with his Ukrainian work and agreed to cooperate with Mueller’s inquiry. On Monday, the special counsel’s office said in a court filing that Manafort had violated his plea deal by lying to investigators.

“After signing the plea agreement, Manafort committed federal crimes by lying to the Federal Bureau of Investigation and the Special Counsel’s Office on a variety of subject matters, which constitute breaches of the agreement,” prosecutors said in the filing. Manafort’s lawyers said he believes what he has told Mueller to be truthful and has not violated his deal.