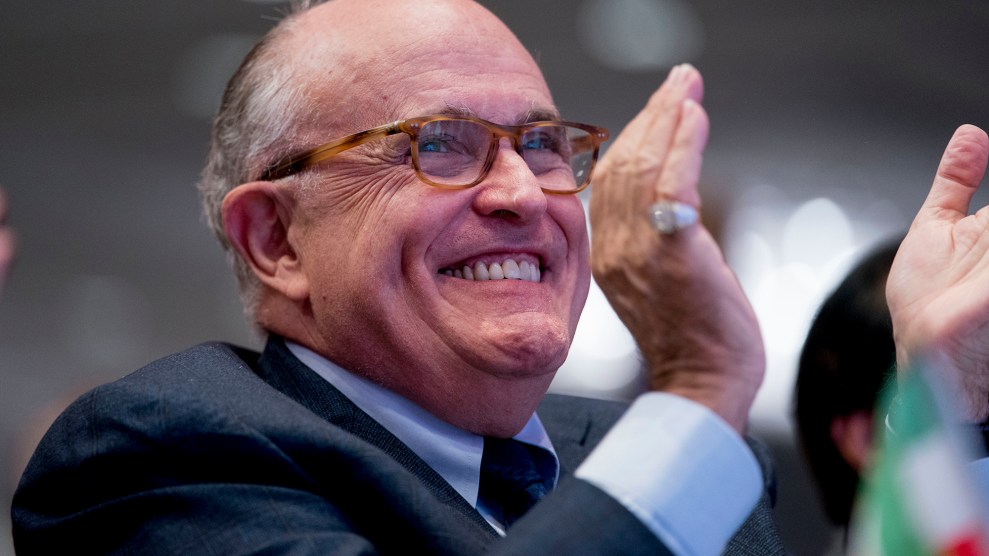 Rudy Giuliani says there’s a perfectly good reason to explain President Donald Trump’s hush money payments to women ahead of the 2016 election, and it wasn’t about his campaign for president.

“I can produce an enormous number of witnesses,” claimed the former New York mayor and current Trump attorney. “I can produce 20 witnesses to tell you what he was concerned about.”

Guiliani made the comments, which indicate that a broader-than-previously-known circle of people knew about the payments, on ABC’s This Week with George Stephanopoulos. The witnesses, according to Giuliani, would be able to confirm that Trump was worried that the women, including Stormy Daniels, represented a threat to the safety of his family.

This would rebut the explanation offered by Michael Cohen, Trump’s former personal fixer and attorney—and one confirmed by the parent company of the National Enquirer, which was involved in at least one payment—that Trump knew the money was to keep news of his sexual affairs from reaching voters and damaging his chances at election.

The appearance came just days after Cohen was sentenced to three years in prion after pleading guilty to making the payments, which he admitted were a violation of campaign finance laws.

Guiliani insisted the payments were not a crime and came out swinging against Cohen, fighting back against his claim that the Trump team had attempted to offer him a pardon in exchange for refusing to turn.

“That liar can say what he wants,” Giuliani said about Cohen’s allegations. “There [was] no discussion of a pardon.” But, he quickly added, “That doesn’t mean the president doesn’t have the power.”

Rudy Giuliani says he had a conversation with Michael Cohen's lawyers about possibility of a pardon: "I told his lawyers there will be no discussion of a pardon."

"I think that's one of the reasons why he double-crossed the president." https://t.co/zkekRcOdti pic.twitter.com/noFPGdXJwT

Giuliani’s comments came shortly after Trump sent a series of tweets in which he called Cohen a “rat” and wondered why the FBI didn’t raid the offices of Hillary Clinton or the Democratic National Committee.

Remember, Michael Cohen only became a “Rat” after the FBI did something which was absolutely unthinkable & unheard of until the Witch Hunt was illegally started. They BROKE INTO AN ATTORNEY’S OFFICE! Why didn’t they break into the DNC to get the Server, or Crooked’s office?