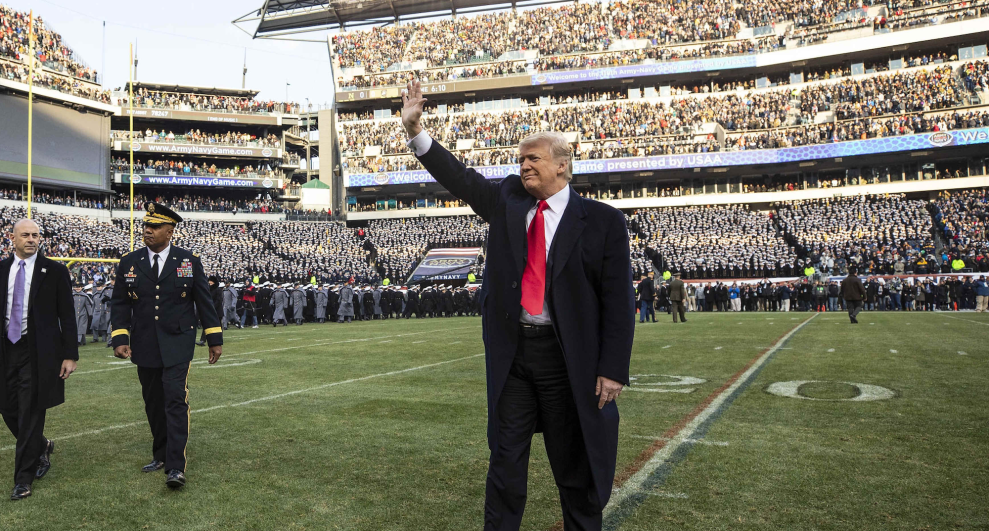 As the White House scrambles to name a replacement for outgoing Chief of Staff John Kelly, President Donald Trump on Tuesday denied reports he is having difficulty filling the once-highly coveted position. He also, without evidence, accused the media of “purposely” misreporting the details of the search.

“Fake News has it purposely wrong,” he tweeted. “Why wouldn’t someone want one of the truly great and meaningful jobs in Washington.” He claimed that more than 10 candidates are currently vying for the gig, though it’s unclear who these job-seekers are.

The president’s struggle to fill the position is likely due in part to his own self-professed penchant for conflict among his staff, as well as his noted refusal to be constrained by more orderly processes. “I like conflict. I like having two people with different points of view,” Trump said back in March amid reports of heightened chaos in the West Wing. “I like watching it. I like seeing it.”

Fake News has it purposely wrong. Many, over ten, are vying for and wanting the White House Chief of Staff position. Why wouldn’t someone want one of the truly great and meaningful jobs in Washington. Please report news correctly. Thank you!

I am in the process of interviewing some really great people for the position of White House Chief of Staff. Fake News has been saying with certainty it was Nick Ayers, a spectacular person who will always be with our #MAGA agenda. I will be making a decision soon!

Trump’s Tuesday tweet comes days after his rumored top choice for the position, vice presidential chief of staff Nick Ayers, declined to take the job. The decision reportedly shocked the president and has since left the White House without a backup plan. “There was no Plan B, and whoever advised him that Nick Ayers was the right person and would accept the job did the president a grave disservice,” Steve Bannon told the Washington Post.

Meanwhile, the New York Times reports several of Trump’s aides are frustrated with Ivanka Trump and Jared Kushner, who had been campaigning for months to replace Kelly—apparently without a fully formed plan to do so.