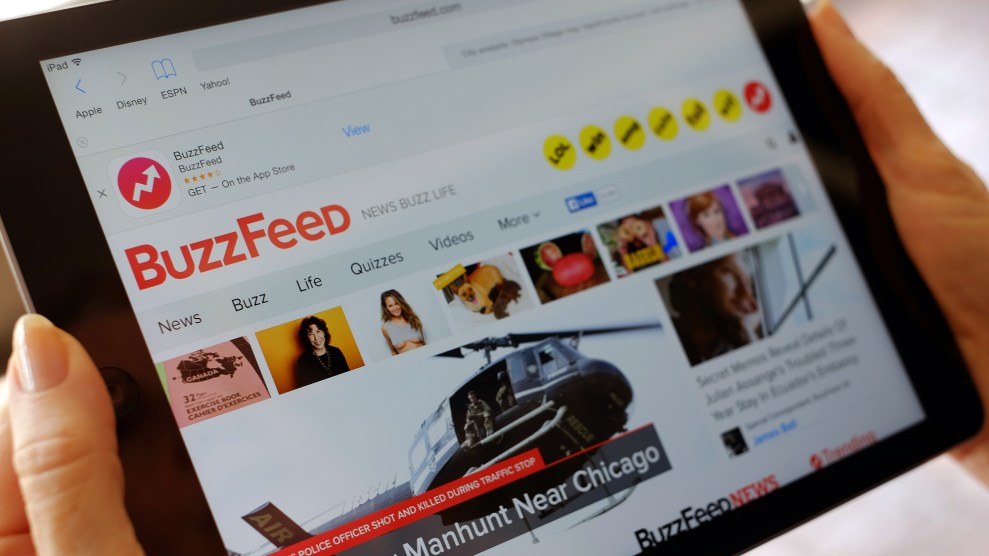 “Our reporting is going to be borne out to be accurate and we’re 100 percent behind it,” Cormier, who worked on the story with investigative reporter Jason Leopold, told CNN’s media correspondent Brian Stelter. “The same sources we used in that story are standing behind it, as are we.”

After the report was published last Thursday night, special counsel Robert Mueller took the rare step of releasing a statement denying the accuracy of BuzzFeed’s reporting. The statement sparked intense scrutiny on BuzzFeed’s high-stakes article, and where their two unnamed sources might have got their information from. The news even led some Democratic lawmakers to argue the reporting could end Trump’s presidency.

Days of heated criticism has followed the allegation. At the heart of the dispute is whether or not the special counsel’s office possesses real evidence that Trump directly instructed Cohen to lie to Congress, as BuzzFeed claimed. Pete Carr, Mueller’s spokesperson said, “BuzzFeed’s description of specific statements to the special counsel’s office, and characterization of documents and testimony obtained by this office, regarding Michael Cohen’s congressional testimony are not accurate.”

The interview comes on the same day that Rudy Giuliani, Trump’s personal attorney, suggested there may, in fact, have been a conversation between Trump and Cohen prior to the congressional testimony, adding that such an exchange would be “perfectly normal” if it happened.

Watch the full interview with Smith and Corimer below: