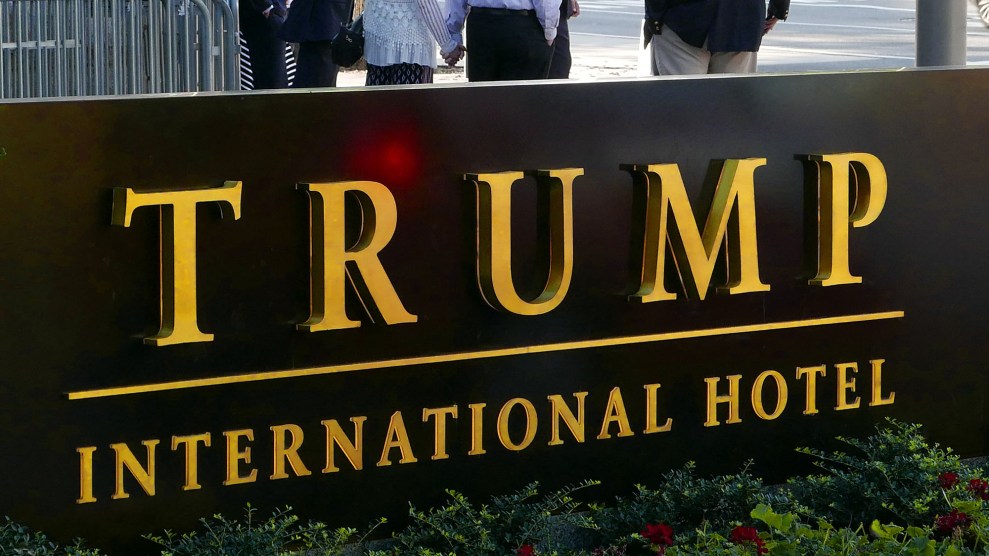 It’s not news. But it still worth headlines: President Donald Trump collects money directly from foreign governments. He does this when overseas governments (and foreign corporations and persons) spend money at his hotels. These properties are owned by him through the the Trump Organization. (When he became president, he turned the business over to his kids, but retained ownership.) So if the Saudi Crown Prince hits New York City with his oversized entourage and obtains a block of room’s at a high-end Trump hotel, the money goes straight into the coffers of Trump’s family business. And this is exactly what happened last year. (That particular transaction was substantial enough to be responsible for a 13 percent uptick in the hotel’s business.)

Trump’s fancy hotel in Washington, DC, has been the recipient of revenue from governments, people, and parties with interests before the US government and motive to curry favor with Trump. One such entity: the government of Kuwait. As the below invitation shows, the Gulf State is holding its independence anniversary shindig at the Trump International Hotel next month. This will mark the third year in a row that the Kuwaitis have decided to grace Trump’s hotel with their presence and petro-dollars.

These transactions are arguably violations of the Constitution’s emoluments clause, which prohibit a president from accepting any sort of gift from an overseas source—an anti-bribery measure that the Founding Fathers obviously believed necessary. A lawsuit claiming Trump has violated this part of the Constitution has been working its way through the courts, and oral arguments for the case are scheduled for March. The suit, which was filed by the attorneys general for Maryland and Washington, DC, cites the annual Kuwaiti bash as one of several violations of the emoluments clause.

It seems like Trump and the Kuwaitis don’t mind providing more potential evidence.