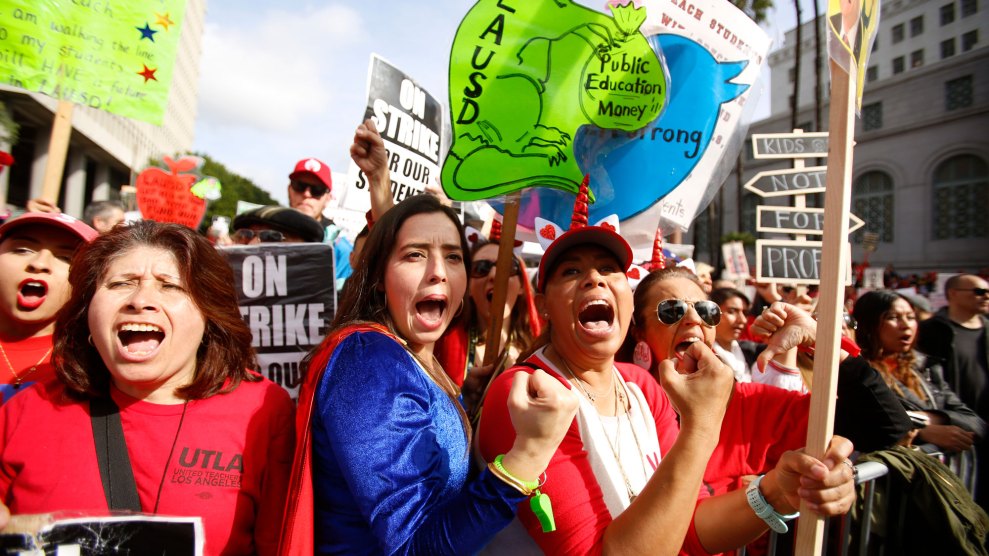 After six days of striking teachers picketing their schools, the teachers union and the Los Angeles Unified School District reached a tentative agreement that would end the first educators’ strike in the city in 30 years.

The tentative deal, which the city’s Board of Education is expected to ratify, would give teachers a pay increase and divert funding toward hiring new support staffers, such as counselors and nurses. It is expected to eliminate a provision that gave the district authority to raise class sizes under certain circumstances. Teachers still need to vote on whether to approve the agreement. With the district and United Teachers Los Angeles coming to a deal, more than 34,000 teachers are expected to return to schools on Wednesday. In the meantime, after picketing at schools for another day, teachers converged on City Hall on Tuesday morning for a rally, while students continued to attend schools with bare-bones staff.

“Educators and parents reached a boiling point. It’s not just a boiling point over last six months. It’s one over the last 10 years,” UTLA President Alex Caputo-Pearl said at a press conference Tuesday. “It has brought us not only to an agreement, but a commitment to fight for public education.”

Los Angeles schools superintendent Austin Beutner told reporters that the details of the agreement would be released within the next few hours, noting that the district continues to have “tremendous concerns” about the schools going insolvent. “We can’t solve 40 years of underinvestment in public education in just one week,” Beutner told reporters.

Los Angeles Mayor Eric Garcetti, who acted as a mediator with his staff, noted that the deal would also reduce class sizes in schools over the next four years. “It’s time for a new day for public education in Los Angeles,” Garcetti told reporters. “This is not the end, this is the beginning of making sure LA gets the schools they deserve.”